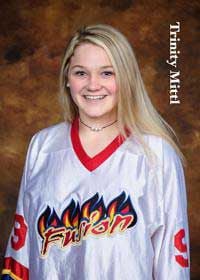 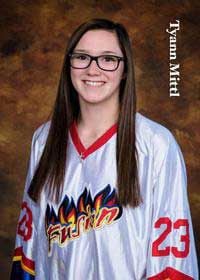 The St. Croix Valley Fusion found themselves in an odd situation Thursday in its season finale against Onalaska in Baldwin.

After the first 10 seconds of the game, the Fusion were down 1-0.

The deficit didn’t last for long as by the end of the first period, the Fusion (19-5 overall) were ahead. They expanded on the lead in the second period and coasted to the 7-2 victory.

“We basically took it to them the rest of the game after the start,” Fusion coach Matt Cranston said.

Abbie DeLong continued her hot stretch, scoring at least a goal for the sixth straight game, this time with two. She’s recorded nine goals and three assists during that period.

Tyann and Trinity Mittl each recorded one goal and an assist. It was Trinity’s first goal of the year. Madyson Shew tallied the final Fusion goal, her first of the year as well.

Sydney Seeley stopped 16 Onalaska shots to earn the win. The Fusion outshot the Hilltoppers in every period and finished with a 35-18 shot advantage.

The Fusion ended the regular season winning their last eight games and 11 of the last 12.