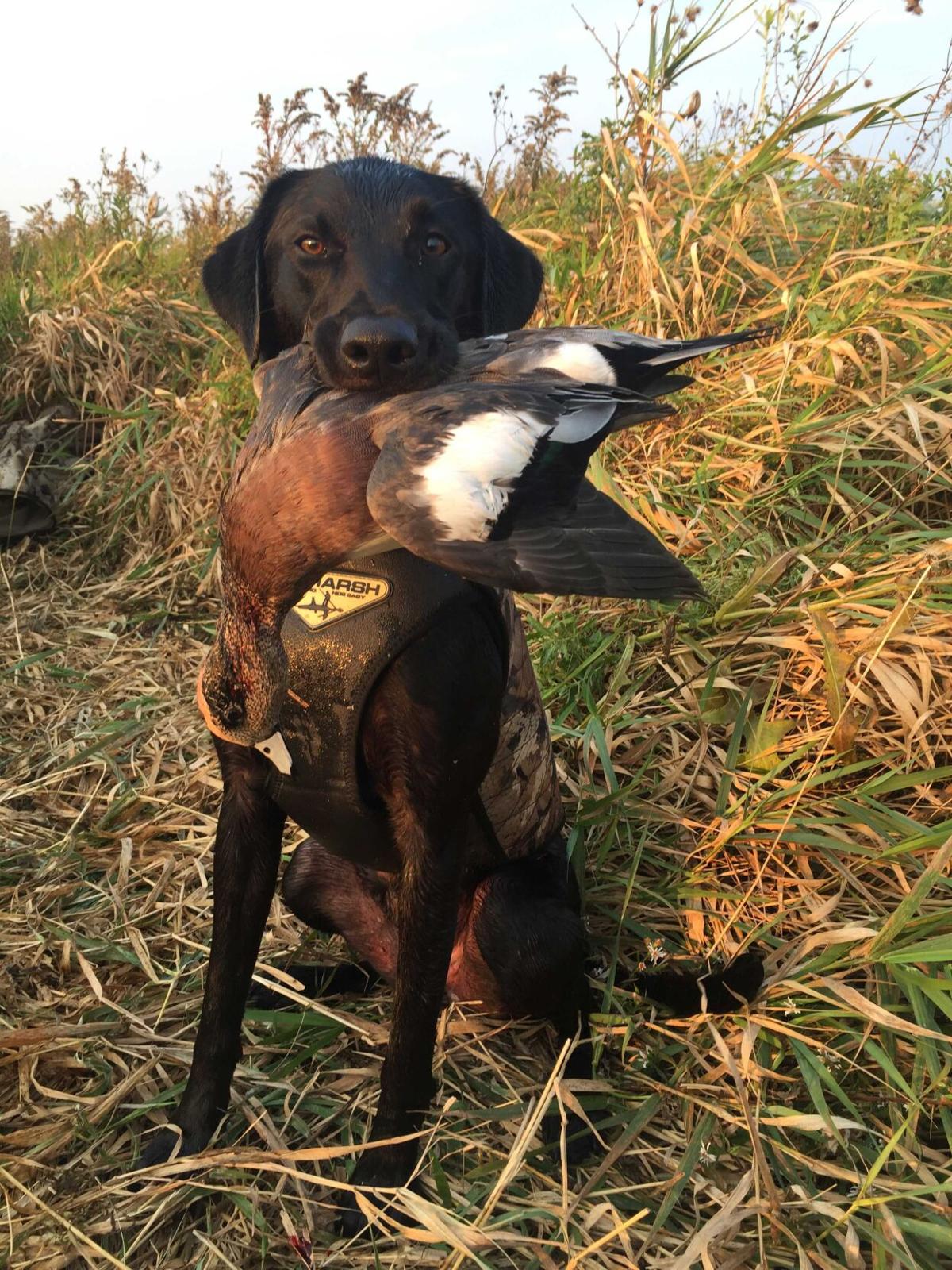 Bruly poses with a drake wigeon shot in Western Wisconsin this October. 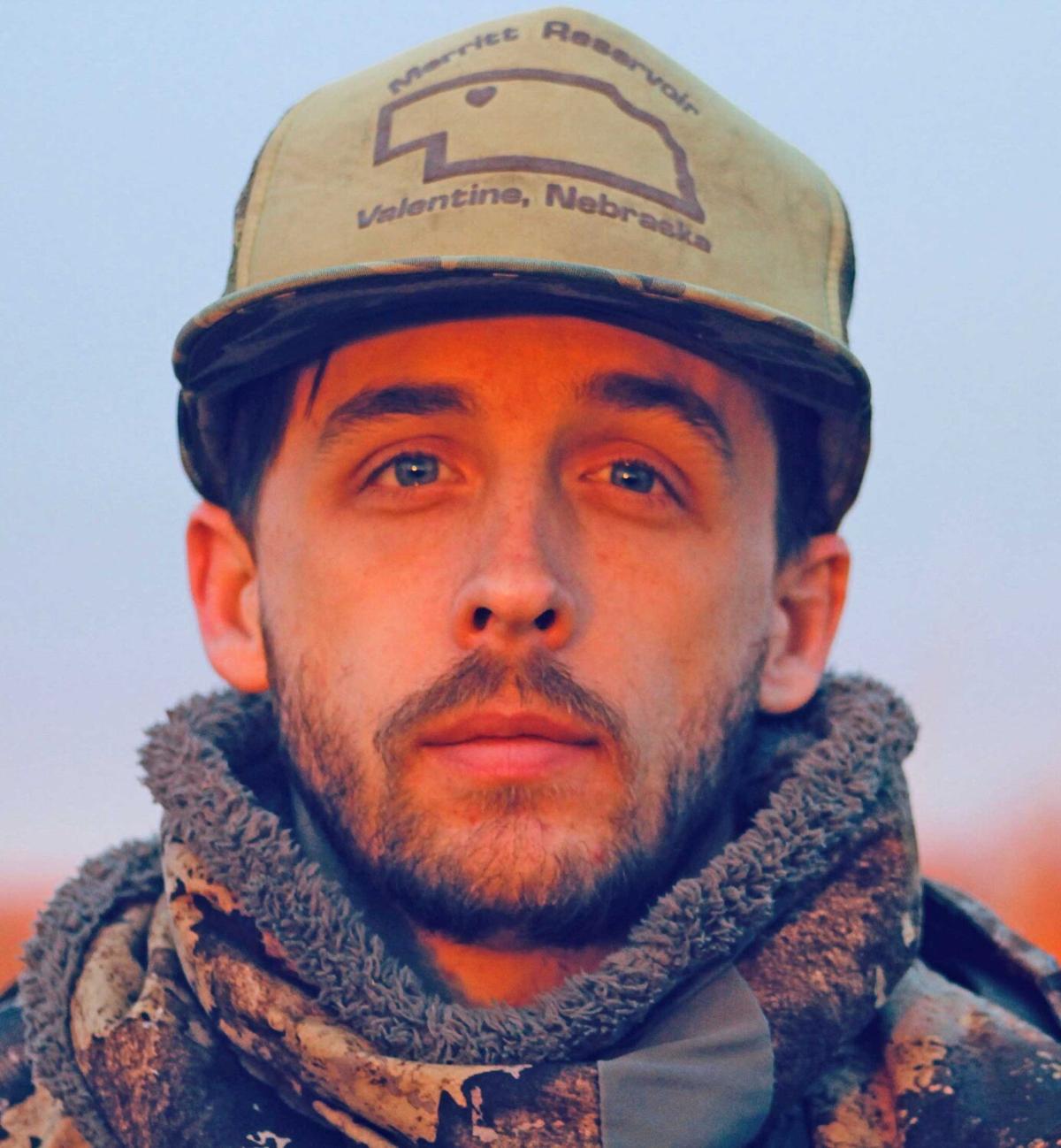 I have a tendency to be a bit pessimistic when it comes to duck hunting.

I figure if I have low expectations to begin with, very little has to go right for me to consider any given hunt a success. All pursuit of game is unpredictable, but I believe waterfowl hunting to be especially so, which leads to my glass half empty attitude. My gloomy outlook is compounded by a sometimes severe amount of self-induced pressure, which I’m constantly fighting off. That pressure has only increased since I introduced a dog into the mix, now my poor shooting disappoints someone other than just me.

Bruly and I are in our second season together. She’s my first lab, and my first real hunting dog. I bought my setter Loxley three years before I got Bruly, but Lox is mostly there for looks. Everyone’s first dog is an experiment and Lox can attest to that. You can’t help but work out the kinks on the first go around, which may answer some questions about my own demeanor as a first-born child. Loxley is a wonderful and happy dog, but obviously suffers from my lack of knowledge as a trainer. I wouldn’t consider her a hunting dog. I recognized this when I brought Bruly home and vowed to avenge the mistakes I made with Loxley.

I was diligent about working with Bruly as a pup, and as she slowly started to make progress, my interest in dog training rose correspondingly. The look in a dog’s eyes when they finally figure something out is addicting, and the pride in my face matched that in her eyes the first time she brought a dummy all the way back to me, looked up and asked “can we do that again?”

Watching her drive develop only further drug me down the rabbit hole of dog training, until my desire to watch her work eventually surpassed my desire to hunt. The purity of watching dogs do what they were made to do is absolute bliss. No human in the history of the world has ever loved anything as much as Bruly loves to retrieve.

I’ve made plenty of mistakes with her along the way though, one in particular that I’ve spent almost two years trying to undo. When I started training her I figured, “she’s a retriever, so I’ll teach her how to retrieve.”

We did hours and hours of retrieving drills, sent drags, casting drills, whistle sits, you name it. She could heal off leash, wait until released to eat, etc. etc. We trained with gunfire and introduced distractions, but the one thing I couldn’t do was keep her steady.

Steadiness in a duck dog refers to their ability to remain sitting after a gunshot, and only go out for a retrieve when released. At its root it’s a safety issue. You don’t want your dog taking off at the first sound of a gunshot and potentially running out into the decoys while you’re still shooting. And Bruly would just not do it. She’d sit in the yard and wait to be released while we played fetch all day, but when you introduced real birds in a live hunting situation, the excitement was just too much. I remedied the problem by buying one of those corkscrew tie outs and leashing her in place while we were hunting all of last season, but I knew that wasn’t a permanent solution.

I’ve always struggled with a certain amount of apathy, so I was afraid after last season I’d resign myself to letting her break for the rest of her life. Most average dog owners practice an “eh, good enough” philosophy and I was not immune to taking the easy road. But I didn’t want to stop half way with Bruly. We’d forged such an honest connection through training that I didn’t want to let her down by giving in to complacency. We worked and worked and worked on her steadiness last summer. We tried new drills and added more distraction, more gunfire and some additional interaction with live birds. Oddly enough what really seemed to click was to have her sit at heal and watch Dan and I play catch with a baseball for a half hour at a time. If she stayed still and quiet the whole time, I’d chuck the ball in the woods when we were done and send her on a retrieve.

I was still slightly unsure how steady she’d be when we set up for opening morning of teal season last month. I didn’t have her tethered, but I brought the tie out with me just incase she decided to forget everything we’d been working on for the last nine months, which is known to happen. We decoyed a flock of three teal just after sun up and killed two of them. I paused when they hit the water, expecting to hear Bruly break. I looked to the clump of cattails where she was sitting, mostly hidden from my view, and waited. She was shaking so badly with anticipation that all the cattails around her were dancing back and forth, but she sat still and quiet. When I thought she’d endured enough torture I gave her the release command and sent her after the first bird.

She piled into the water, grabbed a teal, swam calmly back to me, hoped back up on her stand and waited until I said “give” to drop the bird. The pride in her eyes matched mine as I gave her a pat on the head and said “you’re a duck dog now Bruly.”

C.L. Sill can be reached at thewingbeat@gmail.om or on Instagram @thewingbeat

BEST OF the Baldwin-Woodville Area 2020