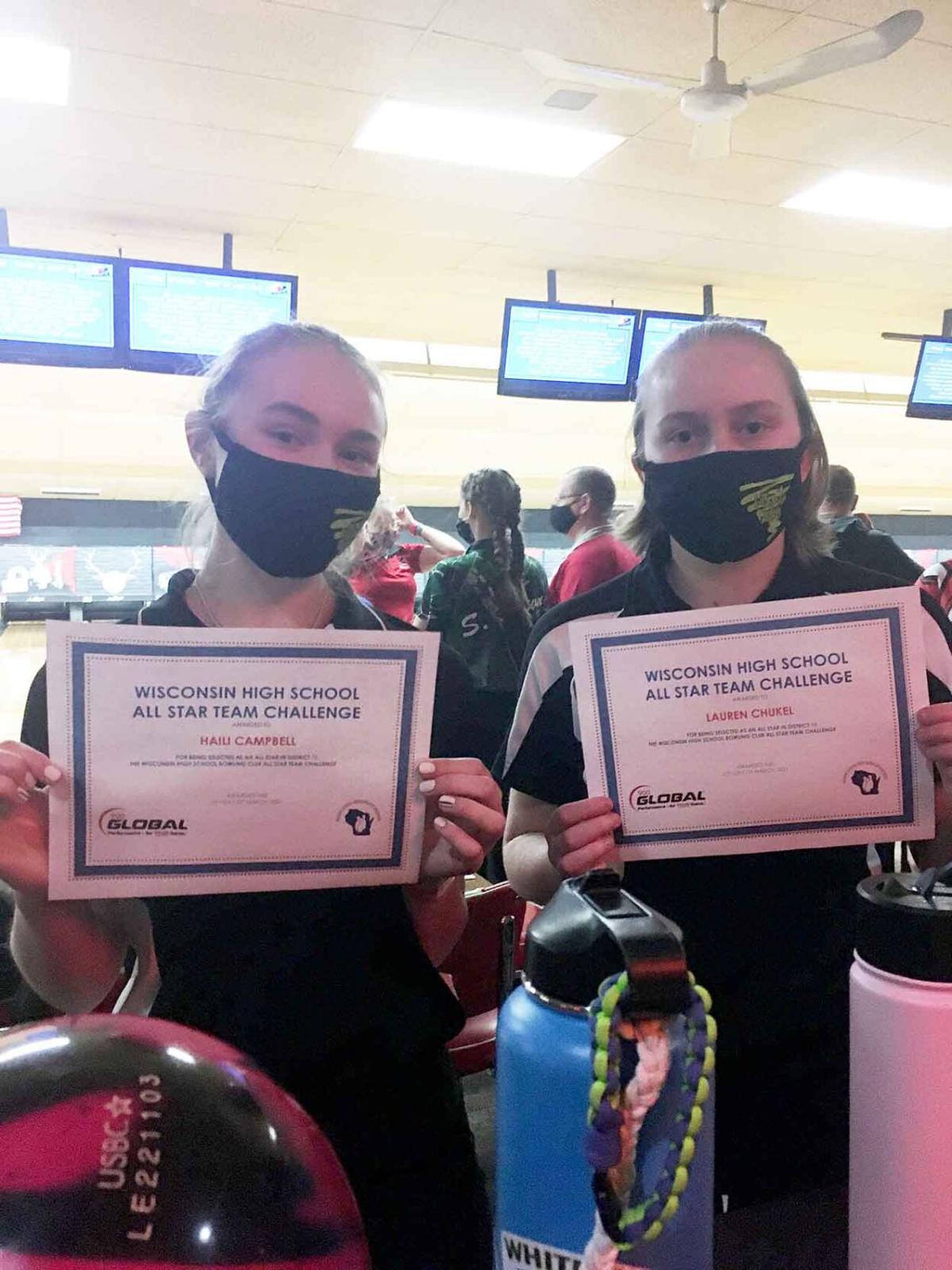 Haili Campbell of Baldwin and Lauren Chukel of Hudson qualified for the Wisconsin High School All Star Team Challenge for Division 1 bowling. They take the top five girls from each District to compete to become the top team in the state. 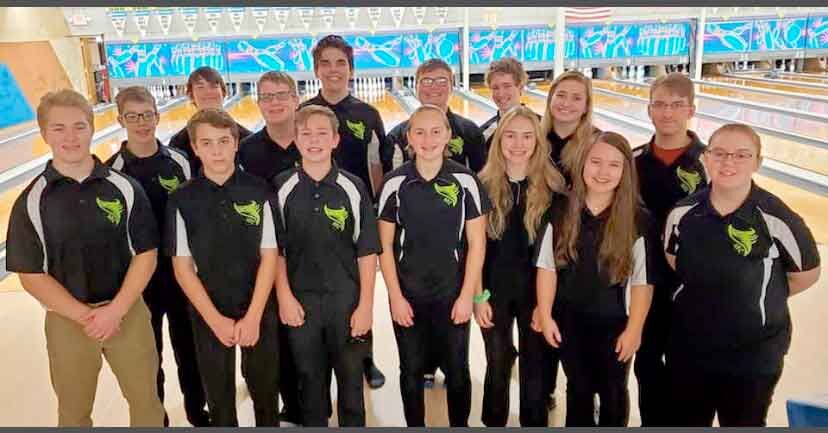 Haili Campbell of Baldwin and Lauren Chukel of Hudson qualified for the Wisconsin High School All Star Team Challenge for Division 1 bowling. They take the top five girls from each District to compete to become the top team in the state.

It has been said life is like a bowling alley, once you take a risk and release the ball, you never know what you are going to strike. Goals are not always meant to be reached, they simply serves as something to aim at. Life lessons, giggles and learning about the actual sport of bowling are served up at local alleys from late fall through spring each Sunday when a co-op made up of Hudson, Baldwin, River Falls and St Croix Central students hit the lanes.

The meets on Sundays are baker style bowling, usually made up of at least 5 bowlers, some teams have 6 and they alternate. The students bowl two frames each game, and usually bowl nine games per match, most Sundays are two matches, so 18 games/36 frames each Sunday for each bowler (if there are 5 bowlers).

Students are expected to keep their grades up, although it is not a school-sponsored sport. The funds for the teams comes from private funding, fundraising and support from the participating bowling alleys.

This year because of COVID they stayed in their own houses, bowled their matches and then took pictures of the games to submit to determine who wins the matches. In previous years the team travels to different houses in the district, made up of the local co-op, Ladysmith, Colfax, Eau Claire and Superior.

The local co-op lane has been Hudson, but the current coach has decided to retire. Because the new coach, John Masanz, is from River Falls, they will be moving it to the River Falls bowling center next year, but still made up of the same areas.

The logistics are still being worked out for next year, but if anyone is interested

in joining or knowing more about the program, they can contact Mike Dorwin at Strikers in Baldwin or Vince Thomley at St Croix Lanes in River Falls and they can get them in touch with the new coaching staff. They would also have more information on anyone interested in having their kids join a junior bowling program, which also runs from fall to spring, at Baldwin or River Falls. Participants

have an opportunity to do many fun things; they have tournaments, opportunities to go to state bowling, beat the coach and other fun activities, while also learning the sport of bowling and improving their game.