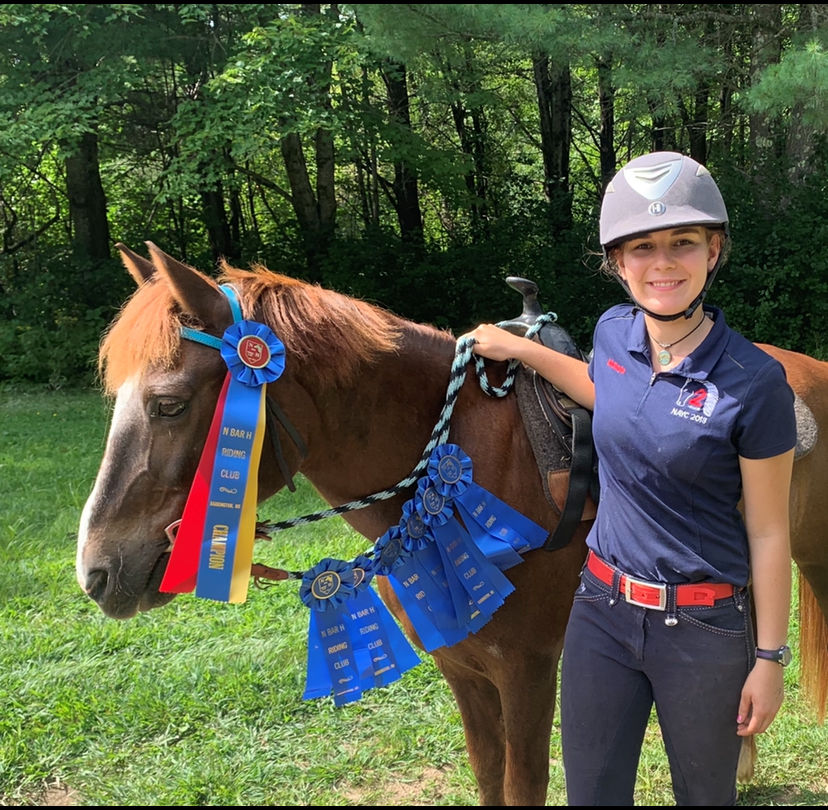 McKayla Hohmann pictured with Mischief Managed, aka Mackenzie, owned by Delia MacDonald has local roots in Osseo and Colfax. She is currently living in Massachusetts, working for a former Olympian and learning to be a horse trainer and champion rider herself 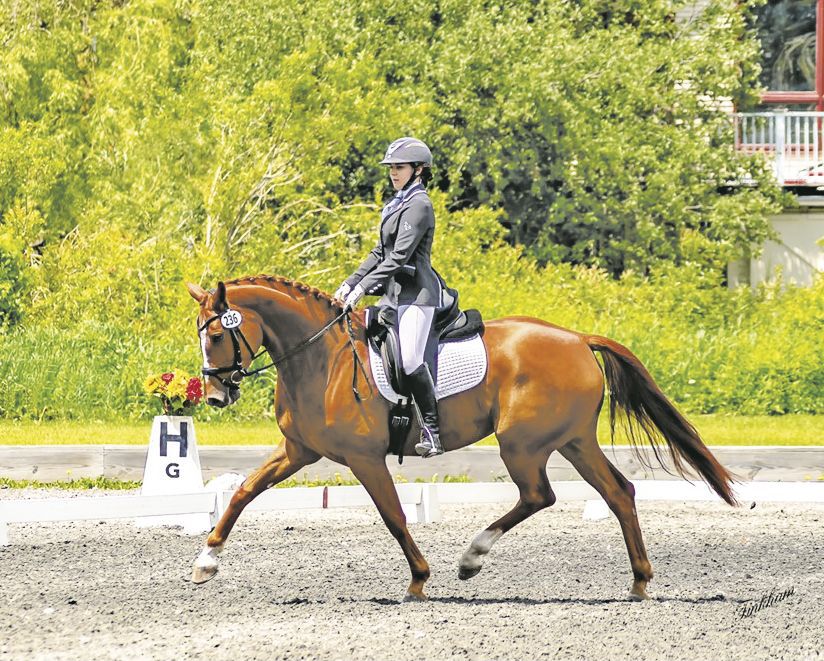 McKayla Hohmann pictured with Mischief Managed, aka Mackenzie, owned by Delia MacDonald has local roots in Osseo and Colfax. She is currently living in Massachusetts, working for a former Olympian and learning to be a horse trainer and champion rider herself

With the help of Chippewa Valley Technical College’s Adult Education Services, McKayla Hohmann essentially finished high school in five days. She managed to squeeze it in during a visit back to her home area in Wisconsin.

The 18-year-old with roots in Colfax and Osseo is working for a former Olympian and professional horse trainer in Massachusetts, with hopes of someday becoming an Olympian herself in the sport of dressage.

Along the way, she needed to finish her high school credentials, then get back to the horse barn. So she turned to CVTC for a fast-track GED.

“Being able to get my high school credentials in this way allowed me to chase my dreams, because I didn’t have to be sitting in a classroom for eight hours a day,” Hohmann said.

Horses have been Hohmann’s passion her entire life. “I'm sure my mom had me on a horse before I could walk,” she said. “I think I got my first pony when I was four or five. I've always ridden. I don't remember a time before that.”

Eventually Hohmann started taking part in dressage, a highly skilled form of riding in which horse and rider are judged on how they are able to perform a series of proscribed movements. McKayla received some local notoriety in 2014 when, at the age of 13, she was part of a three-horse first place team at the U.S. Pony Club national competition in training-level dressage. She rode Humble Hazel, a horse that had been rescued from an abusive situation.

She then found the opportunity to take part in a program in Florida under the leadership of Lendon Gray, a U.S. dressage champion with multiple gold medals in U.S. Olympic festivals.

“She's so inspirational to so many people and she really pushes for the younger riders to help us learn. She does amazing things for dressage for kids to help grow the young rider community,” Hohmann said.

Although she had attended a traditional elementary school in Osseo, during her high school years Hohmann was home-schooled and training with horses. “I had decided that being a professional horse trainer and rider-trainer was definitely what I wanted to do for a career,” she said.

Gray’s help led to Hohmann getting hired by Liz Austin, another renowned dressage champion, at her Massachusetts stables. At age 16, Hohmann was living away from home and flying back to Wisconsin occasionally to visit her mother, Candice Aspen in Colfax, and father, Scott Hohmann in Osseo. She’s taking care of horses, training and competing.

In November during a short pre-Thanksgiving visit back to the area, Hohmann decided it was time to get that high school credential done.

“My mom had called CVTC and they were so helpful figuring out the scheduling,” Hohmann said. “I did a couple of pretests on a Friday. CVTC has been amazing being on top of everything and getting me right into the testing.”

The GED test is a series of five tests in civics, history, science, math, and reading comprehension and language arts. Hohmann took them over a period of four days.

“It’s not quite normal to do everything that fast,” Hohmann said. “They pulled some strings to help me get my GED while I was here. Everybody was so friendly and if I had any questions, everybody was readily available to answer.”

Now Hohmann has her high school credentials, and plenty of hardware from competitions in her sport. Her first big win was the United States Pony Club nationals at age 12. She was a top 50 U.S. Dressage Finals medal seat finalist at 15, a bronze medal winner at 16 and a silver medalist at 18. She was chosen to ride in Olympic gold medalist Dorothee Scheider’s symposium this past October.

The Olympics is a far-off dream, though. Unlike other Olympic sports that are dominated by young athletes in their prime, Olympic medals in dressage usually go to veteran riders. For now, Hohmann is not anxious to take steps that would make her ineligible for the juniors competitions where she has learned so much and found success.

Etch A Sketch Turns 60 This Year: How to Celebrate

4 Home Maintenance Tips to Keep the Outdoors Outside

4 Ways to Boost Immunity Through the Gut Microbiome