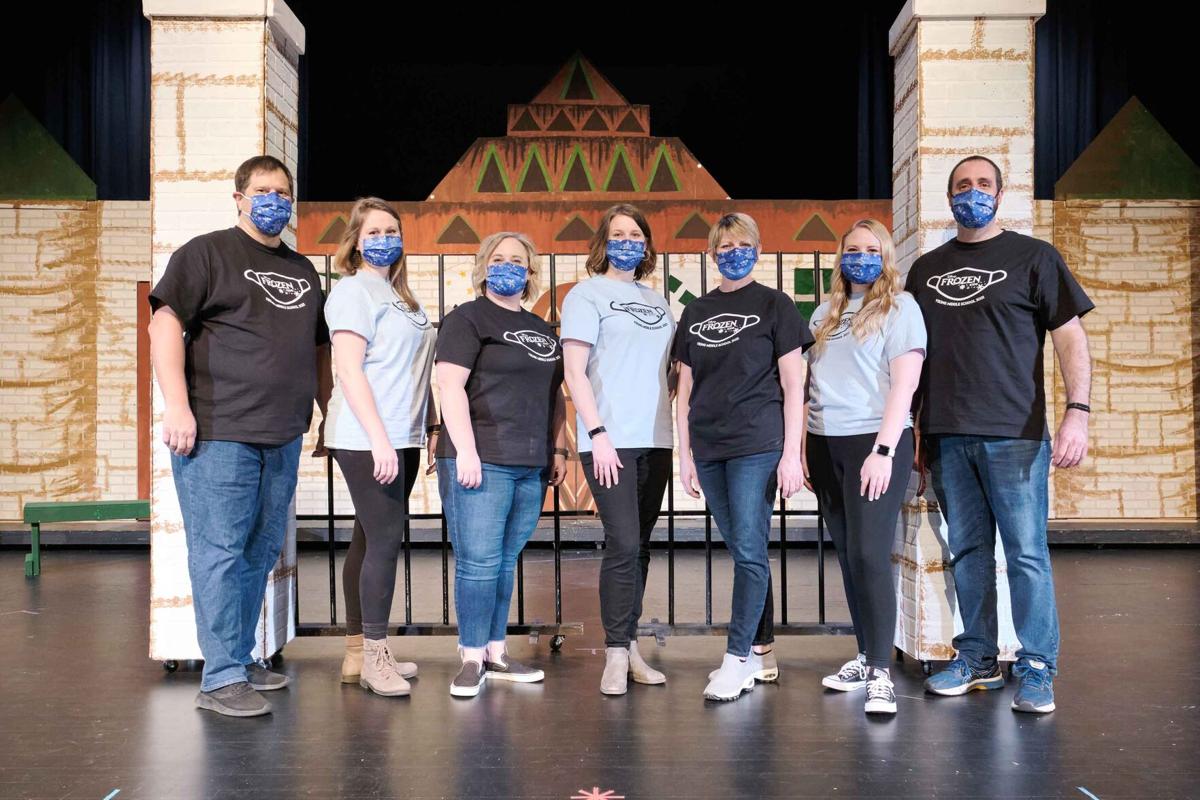 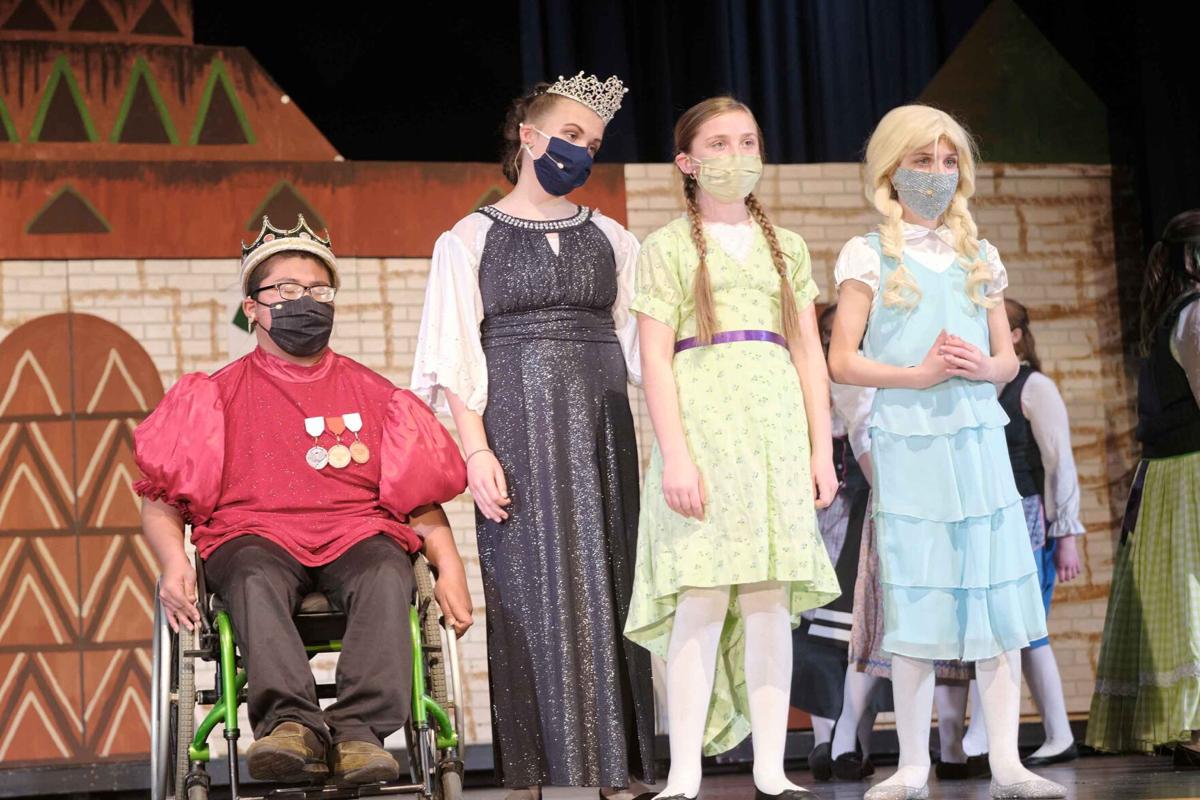 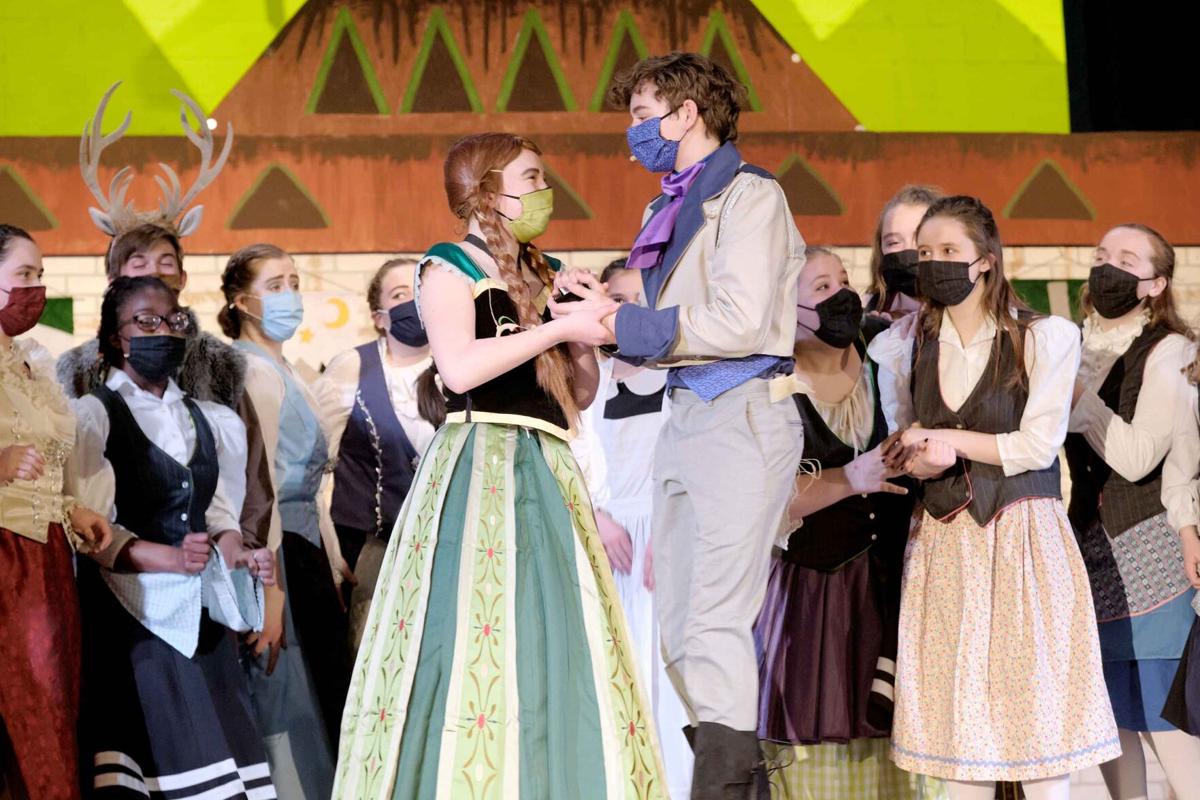 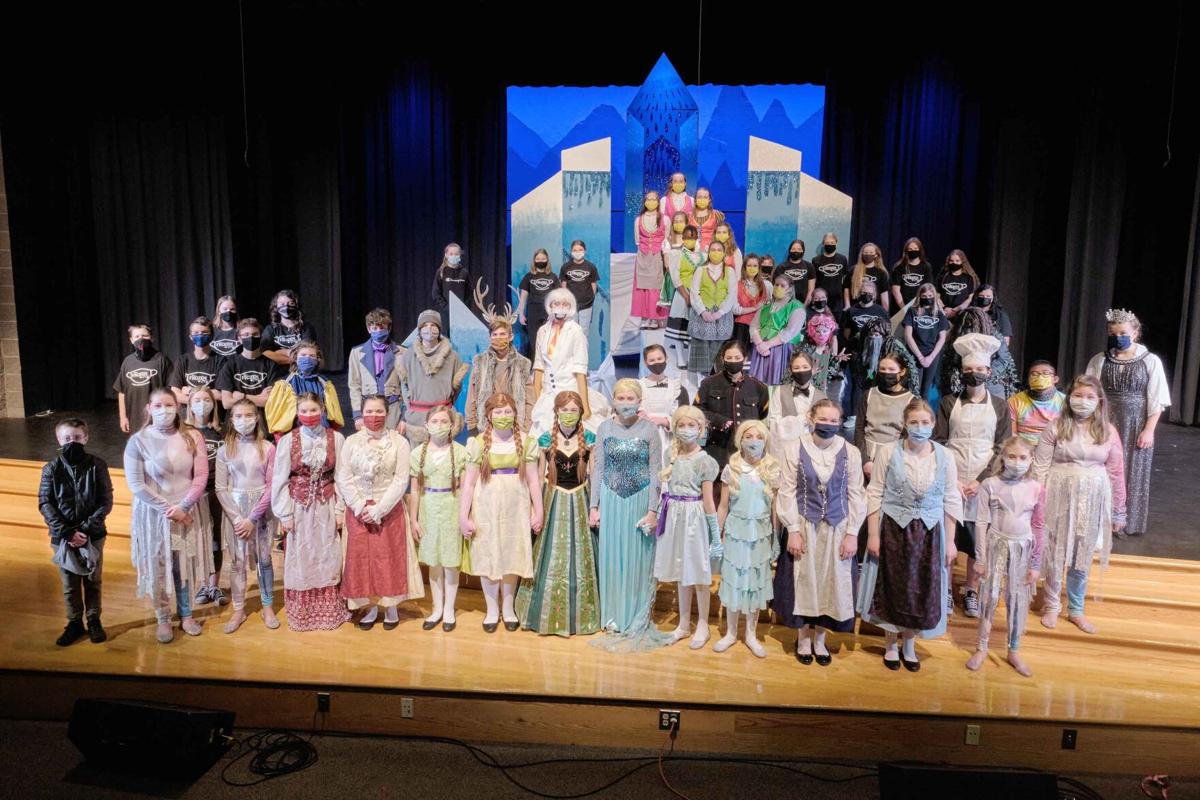 Students from Baldwin-Woodville’s Viking Middle School recently performed their stage version of Frozen. Between cast and crew, many students and staff participated in the production.

Students from Baldwin-Woodville’s Viking Middle School recently performed their stage version of Frozen. Between cast and crew, many students and staff participated in the production.

The doors opened for “the first time in forever” last week as Viking Middle School performed Disney’s Frozen Kids to a limited audience, socially distanced, audience.  This was the first performance on the auditorium stage since Covid cancelled the middle school show last year at this same time.  Over 60 middle schoolers were involved in making the show a success.  This includes students doing various roles such as acting, set design, backstage moving crew, running sound and lights, and assisting with the beautifully designed costumes.  Students began rehearsals at the beginning of January and held four performances on March 11th and 12th.

With music and lyrics by Kristen Anderson-Lopez and Robert Lopez with book by Jennifer Lee, the show is based on the 2018 Broadway musical version of Disney’s Frozen complete with all the same popular songs from the 2013 animated movie including “Do You Want to Build A Snowman?,” “For the First Time in Forever,” “Love Is an Open Door” and “Let It Go.”

The story follows Elsa, played by Emma Soderberg and Anna, played by Francesca Willink.  The two sisters are princesses in the kingdom of Arendelle. The elder of the two, Elsa, was born with magical powers that allow her to control and create ice and snow. When she doesn’t know how to control her powers and accidentally hurts Anna, she becomes afraid and withdraws from the world, shutting out her sister in the process. Fast forward 10 years and it is time for Elsa to inherit the throne, but on coronation day her magic unintentionally causes Arendelle to be frozen in an eternal winter. When she is accused of sorcery, she flees into the mountains to hide. Can Anna help her sister and free Arendelle from this spell?

The professional young cast of middle schoolers did a fantastic job portraying this tale of true love. Along with Anna and Elsa, Kristoff (George Gough) the ice harvester, Sven (Westen Chapin) the reindeer, Olaf (Hailey Cota) the snowman, and Prince Hans (Ethan Nigbor) also made an appearance.

One of the shows directors, Mrs. Lamb, commented, “I am so proud of the work that these students put into this show.  With different protocols and having to wear masks while performing, they really rose to the occasion and made us forget for a little bit about the challenges of this past year.  I am truly blessed to have the opportunity to work with such wonderful middle schoolers.