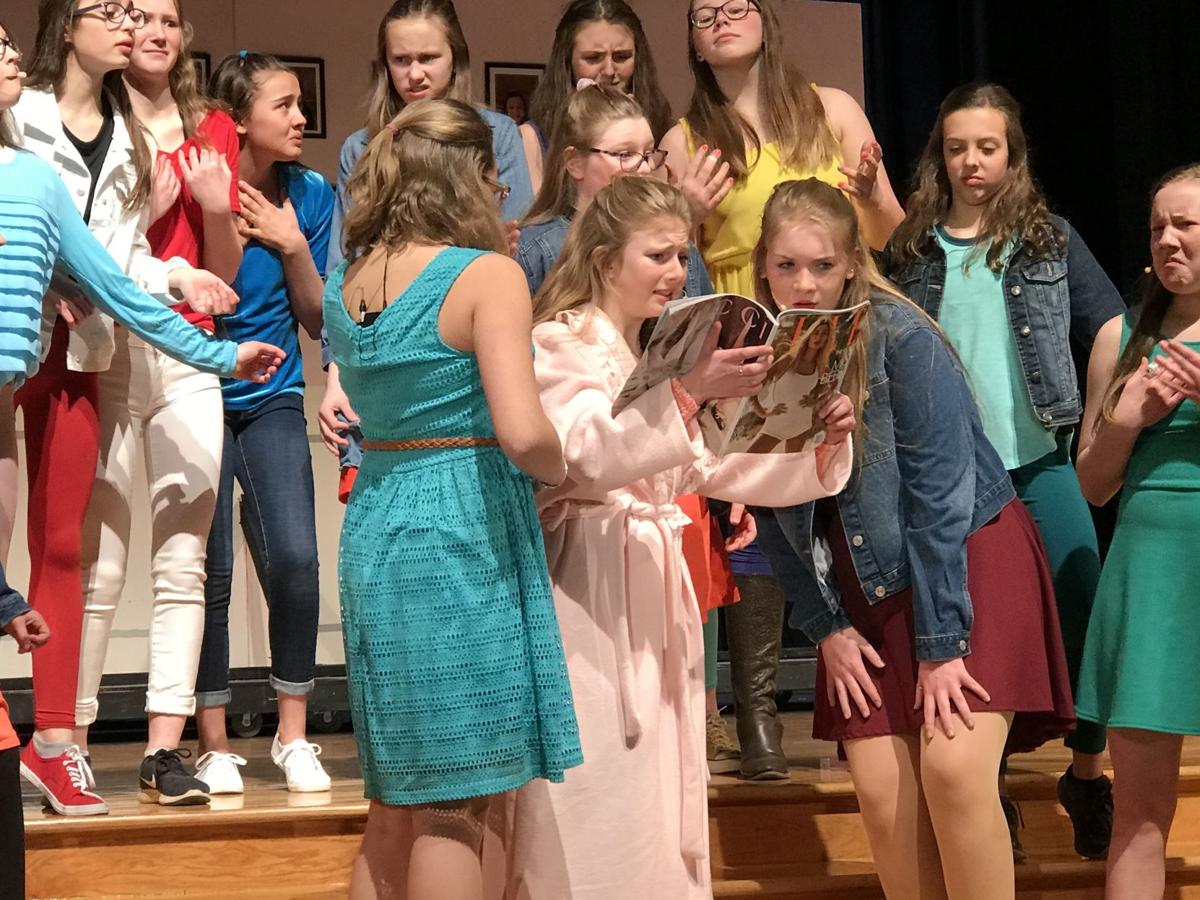 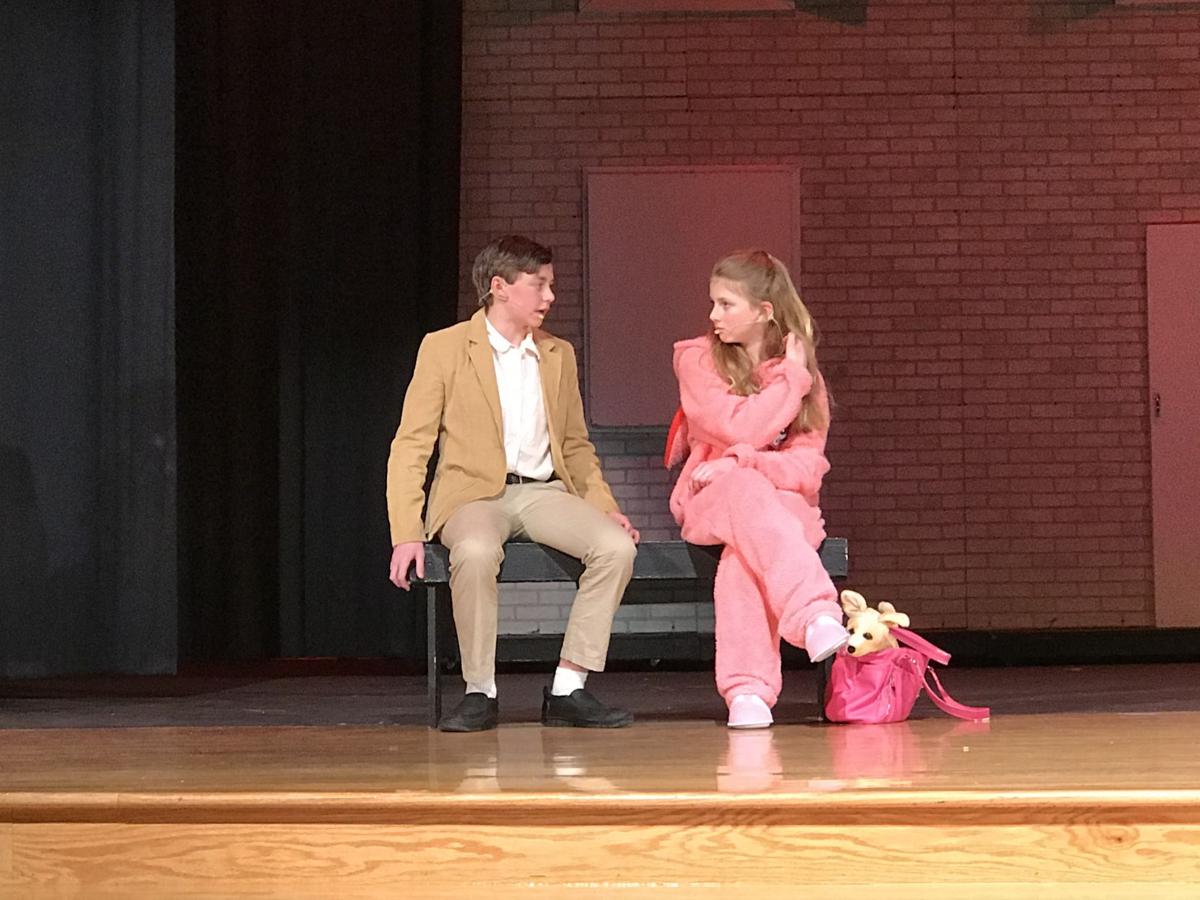 Emmett (Ethan Nigbor) tries to give Elle (Bolstad) some words of wisdom. 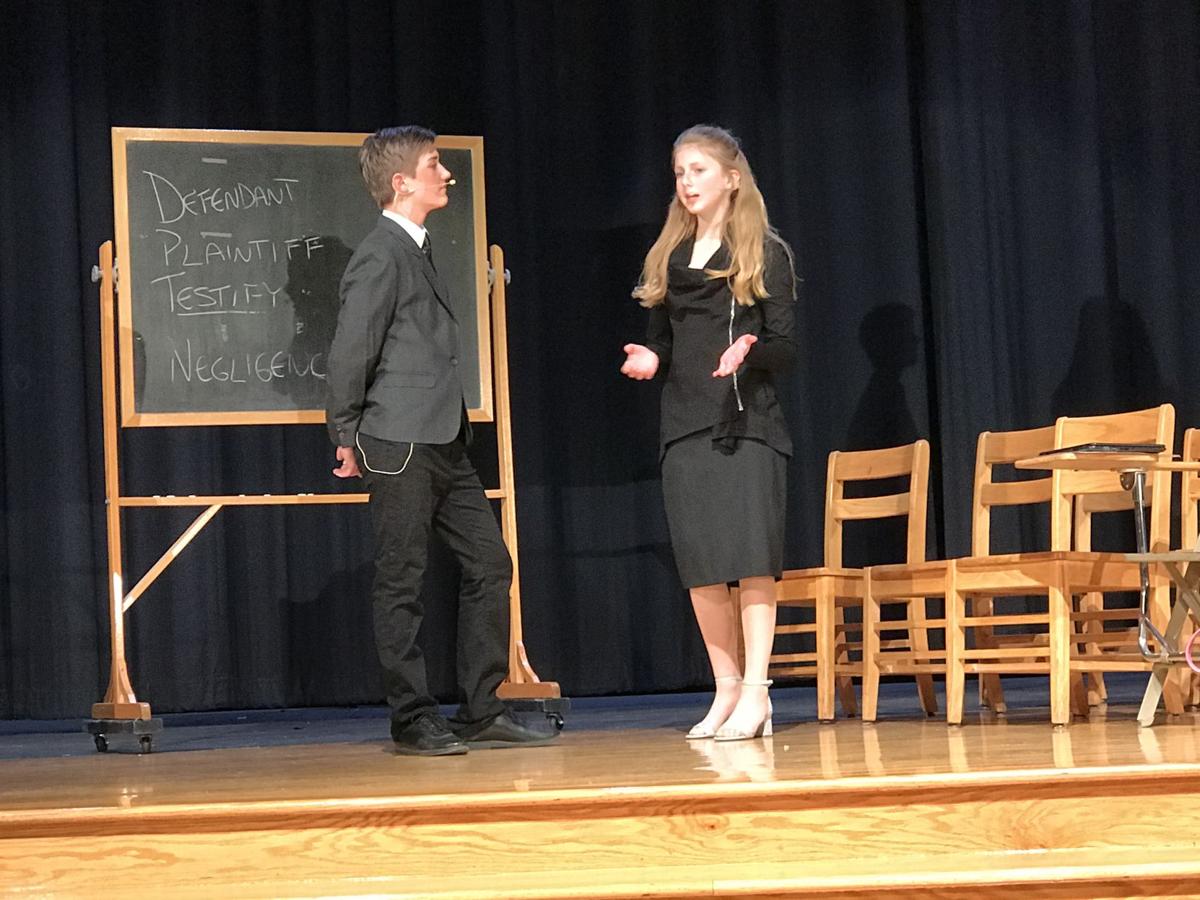 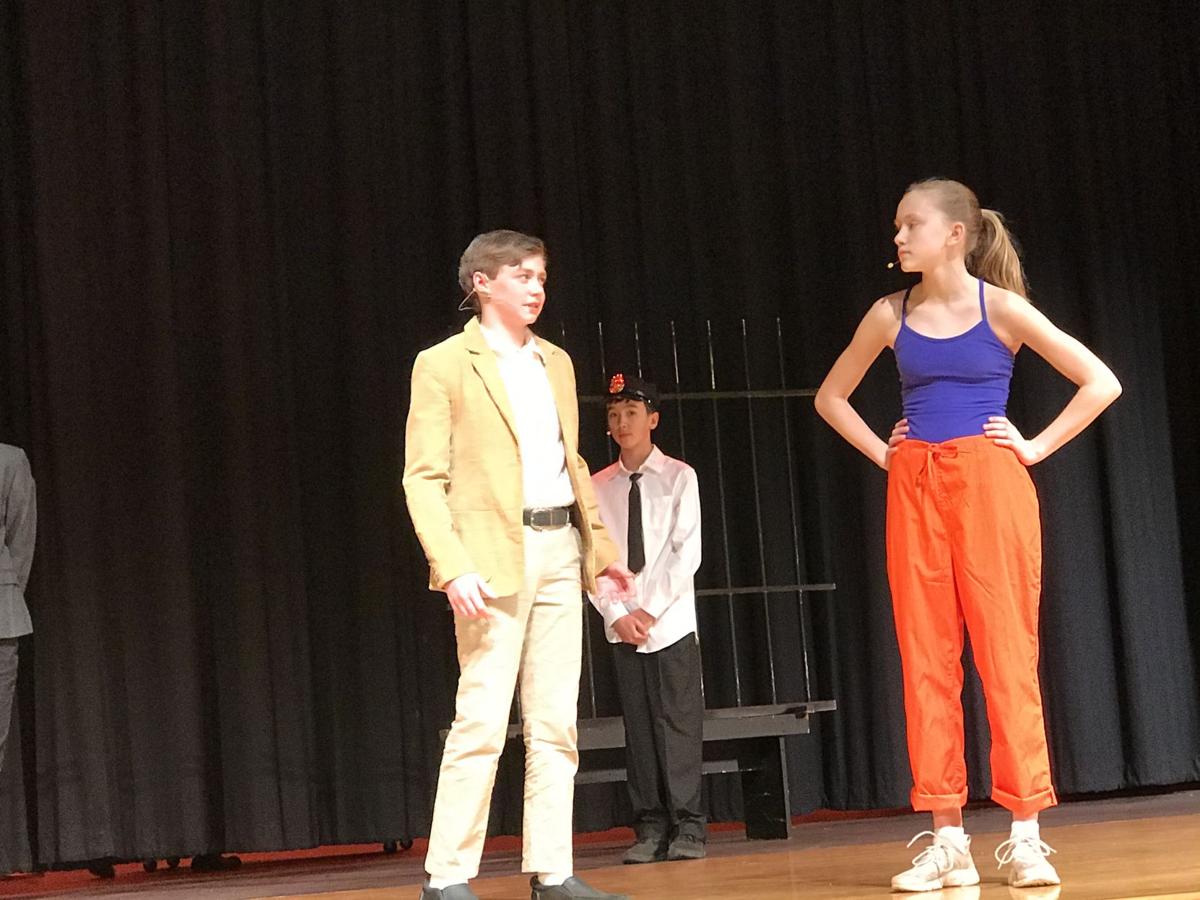 Emmett (Ethan Nigbor) tries to get information out of Brooke (Hailey Cota), the defendant Prof. Callahan is trying to free of murder charge, which Elle eventually does. 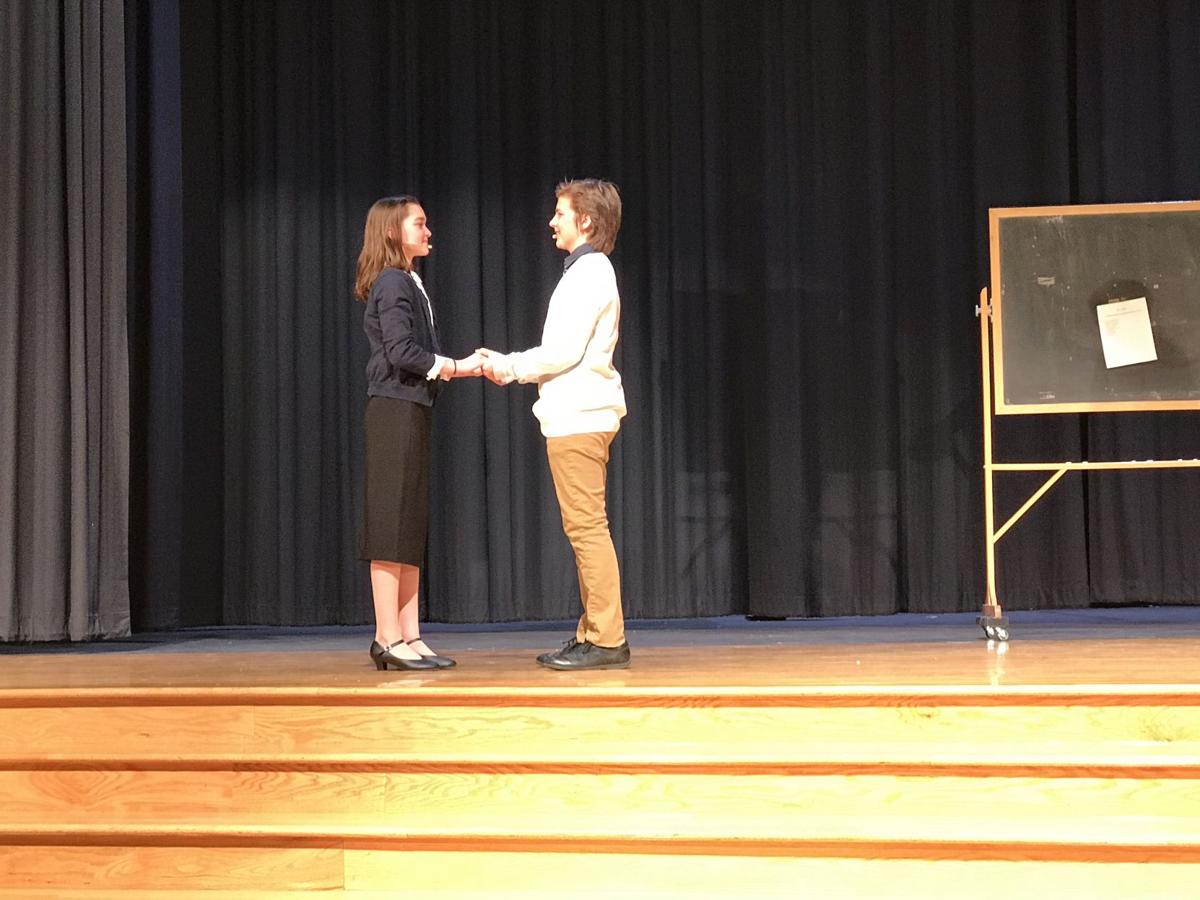 Performances were originally scheduled March 26-28, but with the news Gov. Tony Evers ordering the closure of all public school from March 18-April 6 due to COVID-19, Monday’s performance was called for.

“We are acting like it was a show night,” said Director Chandra Lamb.

Legally Blonde Jr., is spun off the 2001 movie which started Reese Witherspoon, a fashionable sorority queen who is dumped by her boyfriend. She decides to follow him to Harvard Law School, while she is there, she figures out that there is more to her than just looks.

Natalie Bolstad starred as Elle, while other main cast members were George Gough as Warner, Ethan Nigbor as Emmett, Maran Luckwald as Paulette, Kennedy Wang as Vivienne and Westen Chapin as Professor Callahan.

After the performance, Lamb thanked all those for attending, parents for their support, and the staff at Baldwin-Woodville School District.

“We hope this is not the ending,” she said.

Seniors with diabetes: Important questions to ask your doctor now

Connecting in kindness during troubling times

Protecting Your Financial Health During the COVID-19 Outbreak [Video]