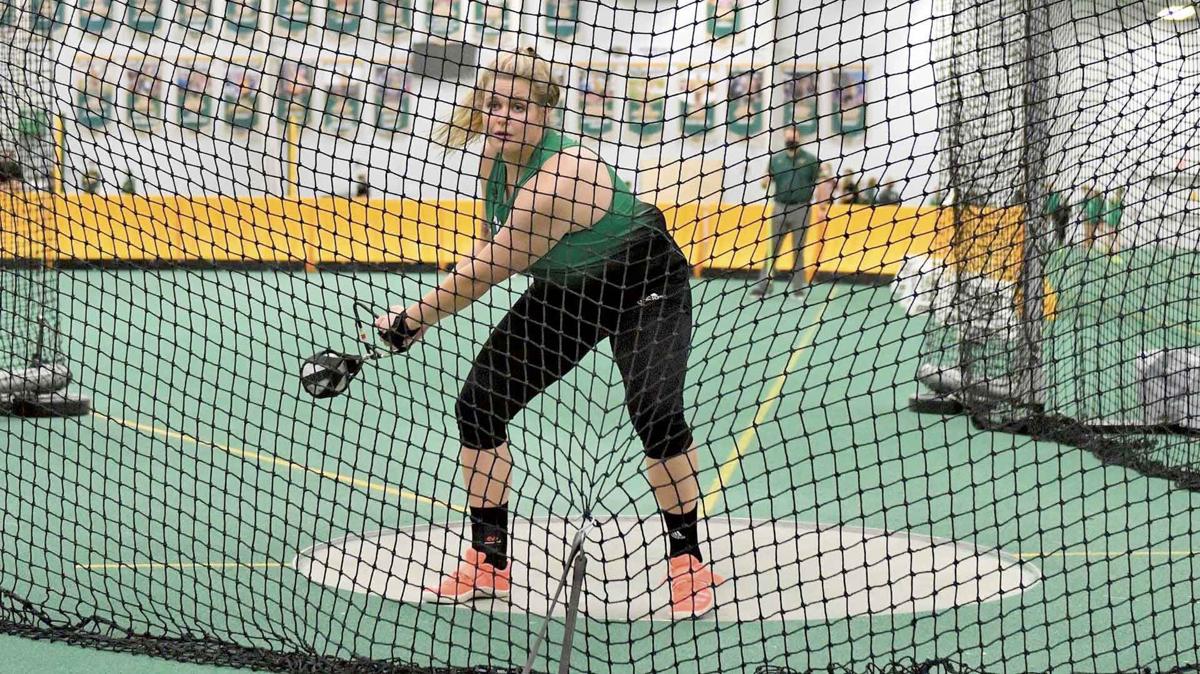 Destinee Rose-Haas once competed as a B-W Blackhawk. She now competes as a Fighting Hawk at the University of North Dakota. 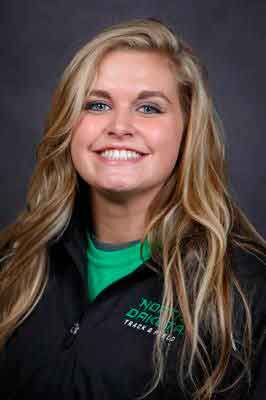 Destinee Rose-Haas once competed as a B-W Blackhawk. She now competes as a Fighting Hawk at the University of North Dakota.

Destinee Rose-Haas is just a small town girl who is rocking the college track and field world. The 2017 Baldwin-Woodville High School graduate is competing as part of the University of North Dakota track and field team. Once a Hawk, always a Hawk. This former Blackhawk is now a Fighting Hawk and recently threw her personal best.

During the recent Bison Cup competition held in Fargo, Rose-Haas registered an almost five-foot improvement in the weight throw to finish third in the event with a toss of 66-0.75 to move into No. 2 all-time in the UND top-10. Rose-Haas’ throw was the second-longest throw in North Dakota men’s and women’s track & field history, behind former All-American Molli Detloff’s record of 72-1.75.

At the team’s following meet, she highlighted UND’s top-performances as she won the weight throw with a personal-best toss of 66-7.75. It was the second-consecutive week Rose-Haas set a new PR and improved her No. 2 toss in the North Dakota record book. The throw ranks her 14th nationally and No. 2 in The Summit League this season.

When asked what she enjoys about track and field, she said, “I love that it is a team sport but within the team your individual hard work and dedication is directly applied to your success. I also love the atmosphere and the comradery with my teammates.”

Rose-Haas enjoyed her years in Baldwin. “I loved the small-town atmosphere and the way the community is so welcoming and appreciative of everyone’s success. I loved playing basketball, volleyball and track and field and I felt that the town was so supportive of my successes as well as the community’s successes. I also really enjoyed working at my mom’s coffee shop, The Hazelnut Tree,” she said.

When it came time to leave the nest, she felt UND was the place for her. “I really enjoyed my official visit to UND, I felt so welcomed. It is a big campus, but it has a small-town feel. I was drawn to the track team due to the accredited throws coach as well as the indoor facilities, you can actually throw discus and hammer in our track and field facility due to it having a 300m track,” said Rose-Haas.

Personal goals she has set for herself this year include making it back to west regions-first rounds of nationals in the discus during the outdoor season, win conference in the discus and weight and to qualify for indoor nationals in the weight throw. She said, “For the indoor season, my goal is to throw 21.5m which will qualify me for the national meet. I am currently 14th in the nation but I will need to throw at least 21.5m to keep my ranking, as they only take the top 16.”

Keep your eye on this goal getter as she keeps getting better and better.