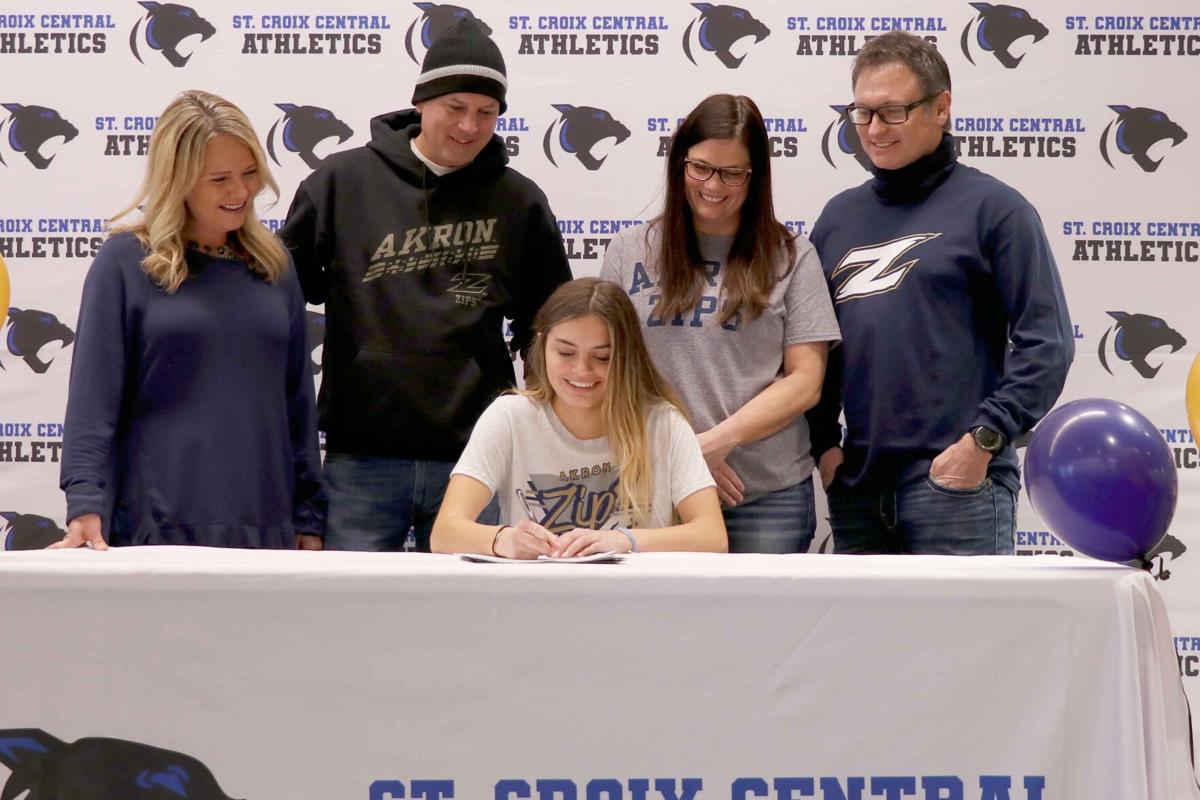 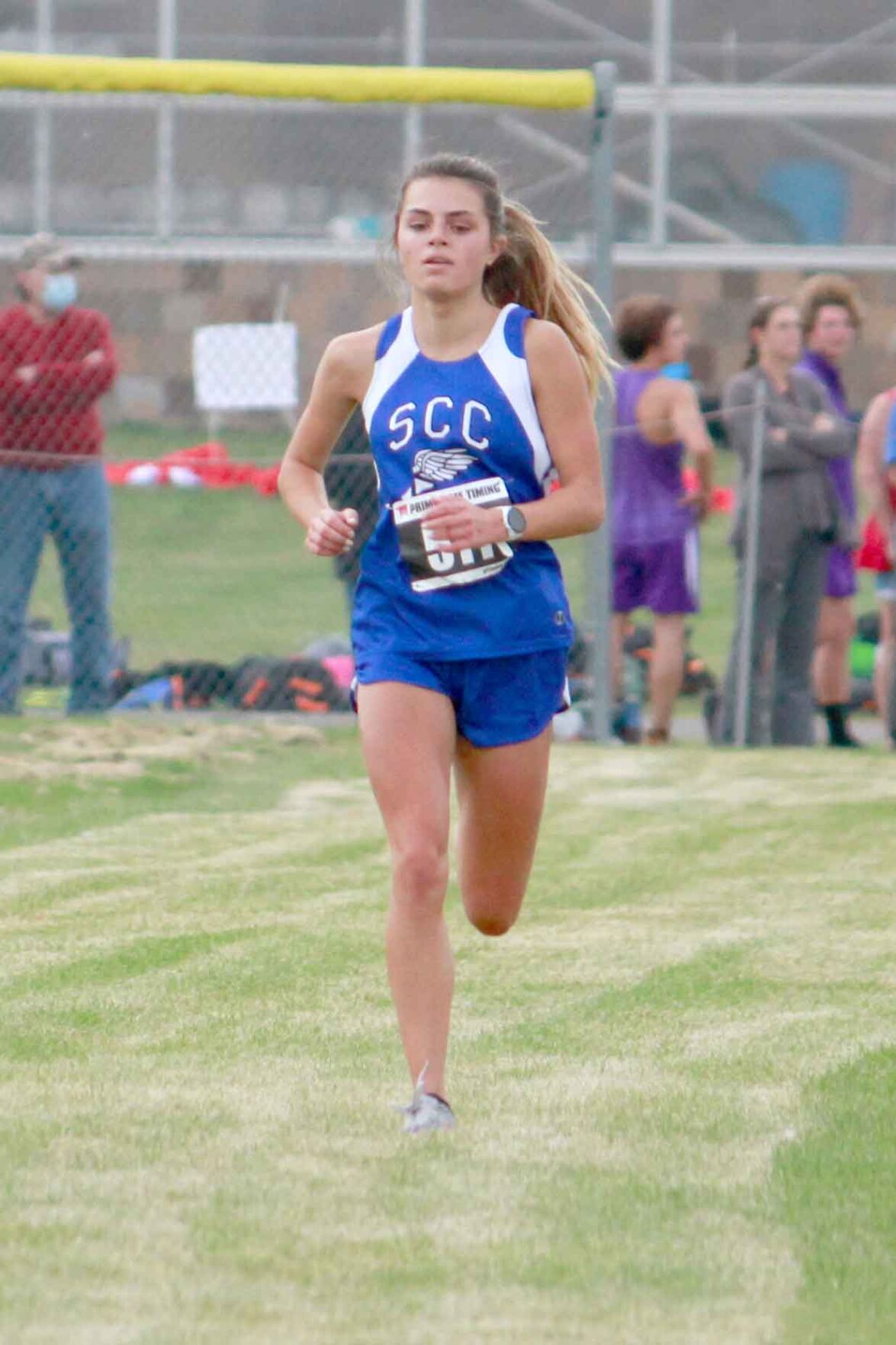 The ink is dry; small town girl Mya Kizer has signed her intent to run for The University of Akron.

Kizer ran her first competitive 5k race when she was eight years old and then started running on the cross country and track teams in middle school when she was 11. She has been running away with times and titles ever since.

“My favorite thing about running is seeing hard work pay off. One of the best feelings is setting a personal record, winning a race and finding success with your team. I also love that running can be done practically anywhere and is a lifelong sport, stress reliever and makes me feel connected to my surroundings. When I attended a running camp in Colorado over the summer, it was amazing to see runners from all over the country come together to fuse our passions for running,” Kizer said.

She gives credit to her high school coaches and extra coaching she was able to receive during her four years of training. She has also reached her running goals by attending running camps in Minnesota and Colorado. She said, “All in all, reaching goals is done through hard work and determination.”

Kizer said her worst defeat was not making it to the State track meet her sophomore year. “I broke an individual school record and a relay school record. I was ranked to go to state in both events, however, the sectional race did not go in my favor and I didn’t make the cutoff. Another big defeat was not having a track season my junior year. It was extremely difficult because I had so much determination coming from the previous year to have great success, but did not get a chance to show my hard work,” she said.

Kizer believes without defects and failure, success cannot be achieved. After those few setbacks, she became a much stronger runner and person, mentally and physically. She had to overcome and use her setbacks as fuel to grow on and set herself up for even better success.

“My favorite overall memory from the past years during CC was being able to run at state all four years. Specifically, I will always remember the sectional race freshman year in Hayward, because the course was extremely muddy and hilly. It had just rained and I remember girls slipping throughout the entire race, and some even lost their shoes. However, it was rewarding in the end as we won sectionals as a team,” Kizer said.

She has enjoyed her time at St. Croix Central. She said, “The community and strive towards success in both academics and athletics is my favorite thing about attending SCC. Coming from a small town, the community is always supportive. State bound send-offs are an example of our close-knit community.”

When it came time to decide what life was going to consist of when she leaves SCC, Kizer considered a wide variety of schools of different divisions and locations. Her top few schools included University of Missouri-Kansas City, Temple University, South Dakota State University and University of Nebraska.

She said, “I knew the committing process was going to be difficult. With NCAA restrictions due to COVID, the choice was even more difficult. I was unable to travel to most of the schools I was considering, so I had to narrow my options through phone calls and virtual tours and events.”

“I made the choice to attend the University of Akron because the coaches and team were welcoming and well fitting for me. I also was able to visit campus and I was humbled to feel at home right away. Despite COVID setbacks, I am grateful that I found a program that is offering me a great opportunity academically and athletically. The location of the University is appealing to me as it is in the city, but has aspects of nature on the numerous trails and state parks nearby,” she said.

Future aspirations include winning a conference title individually and as a team in track and cross country. She also hopes to set personal records, possibly school records and be part of a nationally ranked team. Kizer is excited to build relationships with her future teammates, coaches and further establish the program. She also hopes to gain a four-year degree from Akron that will set her up for future success.

Some of her favorite things to do outside of running include traveling, spending time on the lake in the summer, cooking, being outdoors and spending time with family and friends.

Whether running or doing many of the other things she enjoys, she will always have the support of the people who love her. Cheering her on will be the people Kizer consider her biggest fans: her parents, coaches, family and friends.