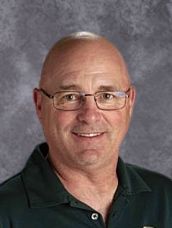 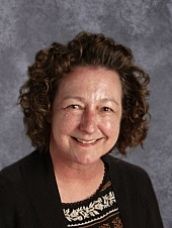 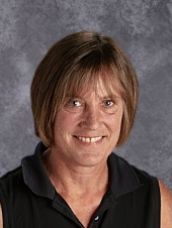 Ninety years of teaching experience will be leaving the Baldwin-Woodville School District at the end of the school year.

Monday, the School Board accepted the retirements of Bruce Ashlin, Lori Isaacson and Mary Landry during its monthly meeting.

Peanut free or not to be

The liveliest discussion over the hour-long meeting came when the request over Greenfield Elementary to become peanut free was on the agenda.

Superintendent Eric Russell summarized the situation to review. Six elementary kids have peanut allergies in which they have their own table at lunch. If the Board were to approve going peanut free, the peanut butter and jelly sandwich would be taken off the lunch menu, which he estimated 50 kids eat every day. However, if a child wanted to bring peanut butter and jelly meal from home, the District would be unable to stop it.

The Board was skeptical about changing the policy last month and the time in between the meetings didn’t sway their opinions.

The Board asked Russell about parental feedback and he said one parent was advising for more.

That didn’t go over well with the Board.

“If my kid was hypoallergenic,” said member Jay Larson, “I’d be right there (pointing to where the visitors sat).

“If they’re passionate, they’d be here,” she said. “It’s not happening.”

Member Brad Coplan asked if a parental survey has been done about changing to which Russell said one hasn’t.

“If there’s more interest out there, educate us,” said member John Hanson.

Russell also said Menomonie and St. Croix Central are some of the neighboring Districts which have gone peanut free at its elementary schools (SCC doesn’t allow peanuts in their classrooms or have peanut butter on their lunch menu but allows peanut butter and jelly sandwiches if students bring them in for lunch).

“We are going down a slippery slope if we allow this,” said member Todd Graf.

Finally, the Board asked Russell his two cents on the subject. He believes the District are protecting the children the best they can, and the staff is aware in case the worse happens.

That seemed to be the nail in the coffin as the Board decided to leave things the way they are.

--  The Board was given a summary of its audit by Brock Geyen of Clifton Larson Allen. Geyen said the results were good. Of note, was the percent of unassigned fund balance to general fund expenditures. The District has a goal of keeping that number between 15 to 25 percent, which the District has accomplished the last four years. For the 2018-2019 year, the total was 22.5 percent. Geyen said he’s seen other District have the number well above 25.

-- The Board heard from parent Marla Butler, who gave them an update on Band and Choir participation in the District. Out of the 459 students at the High School, 82 are in Band and 129 in Choir and 54 participated in the Musical. Forty were in two of those activities and 23 were in all three. For the Middle School, the numbers which really stood out were in the 6th grade. 102 students were in Band, requiring two separate sections, and 77 in choir. Fifty-nine students were in both.

-- Approval was also given for an increase for the driver’s education program. Effective this summer, students’ fees will now be $300 instead of $250. Russell explained the increase was done to remain competitive to pay their instructors more. He also said the District believes the program is worthwhile despite other schools eliminating it.