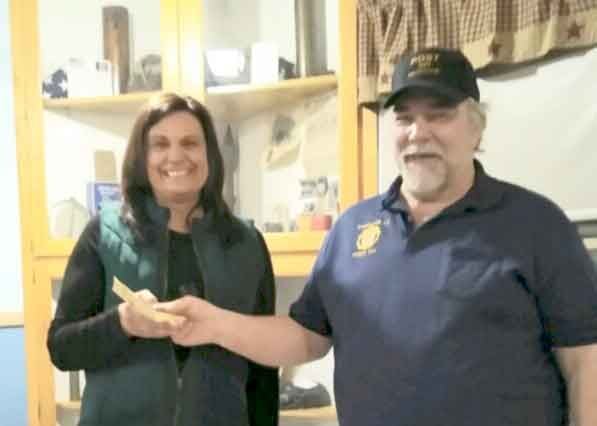 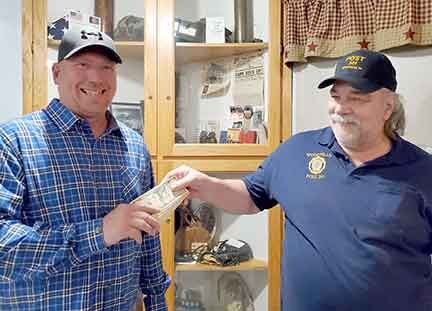 American Legion Post 301 of Woodville has completed its second and third $1,000.00 Cash Raffles. The second event was sponsored by the Wildwood Bar and Restaurant in Woodville and the third raffle was sponsored by Home and Country Realty in Woodville. The winning ticket for the second raffle was bought at Peg’s Pleasant View in Wilson by Jesse Krook of Prescott. The winning ticket for the third raffle was sold at the Woodville American Legion Post 301 to Dara Fermanich of Baldwin. Post Commander Allen Stene presented Krook and Fermanich each with 100 fresh $10.00 bills in the post bar.

Both Fermanich and Krook received an ovation by the patrons and it was announced that a new raffle of a Henry Side Gate Lever Action .410 gauge shotgun, sponsored by Gregerson Ace Hardware in Baldwin was now in the works. Using the same format, the next winner will be picked at the Legion the Friday after all the tickets are sold. Post 301 would like to thank the community for their support and to let them know that funds will be distributed to various groups in our community.