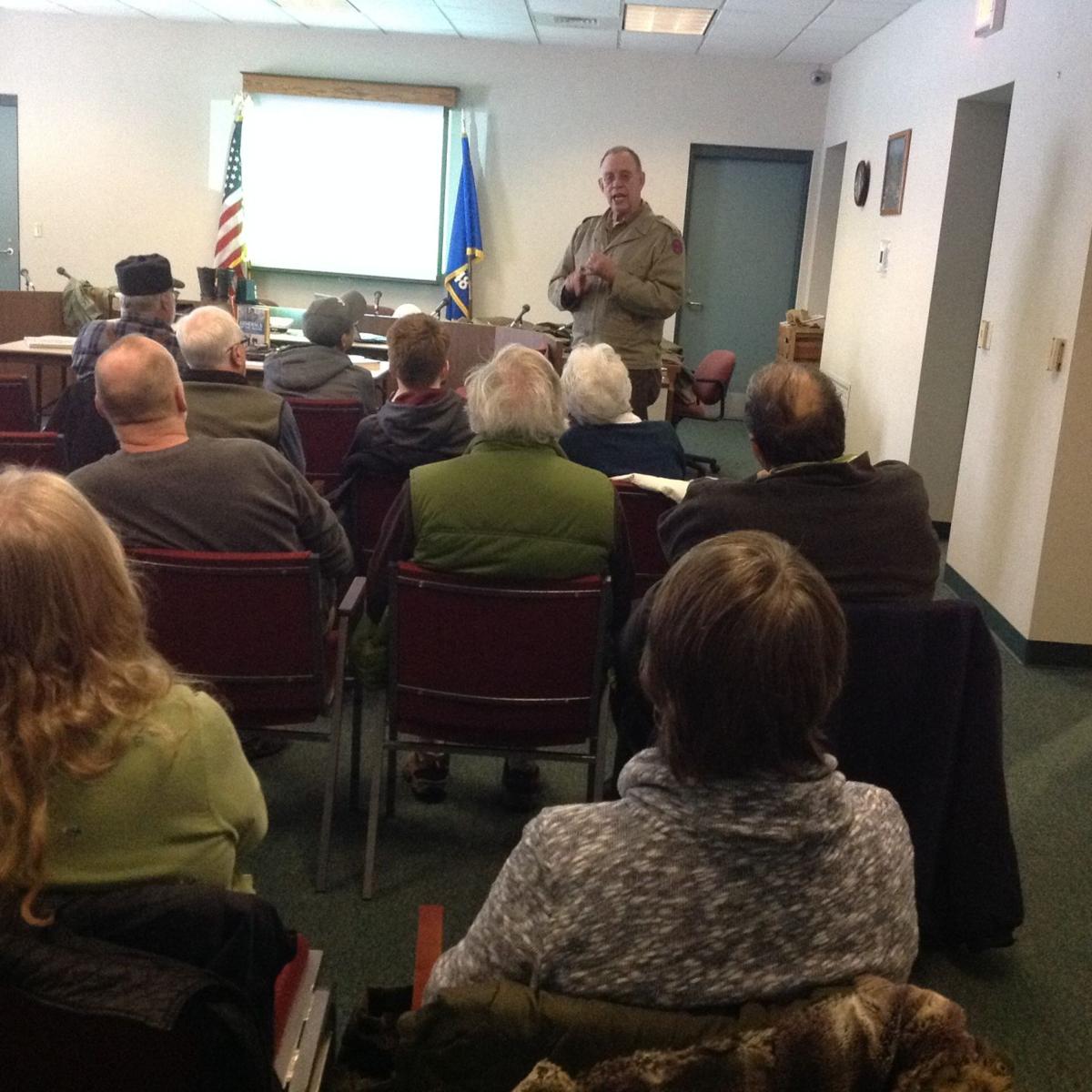 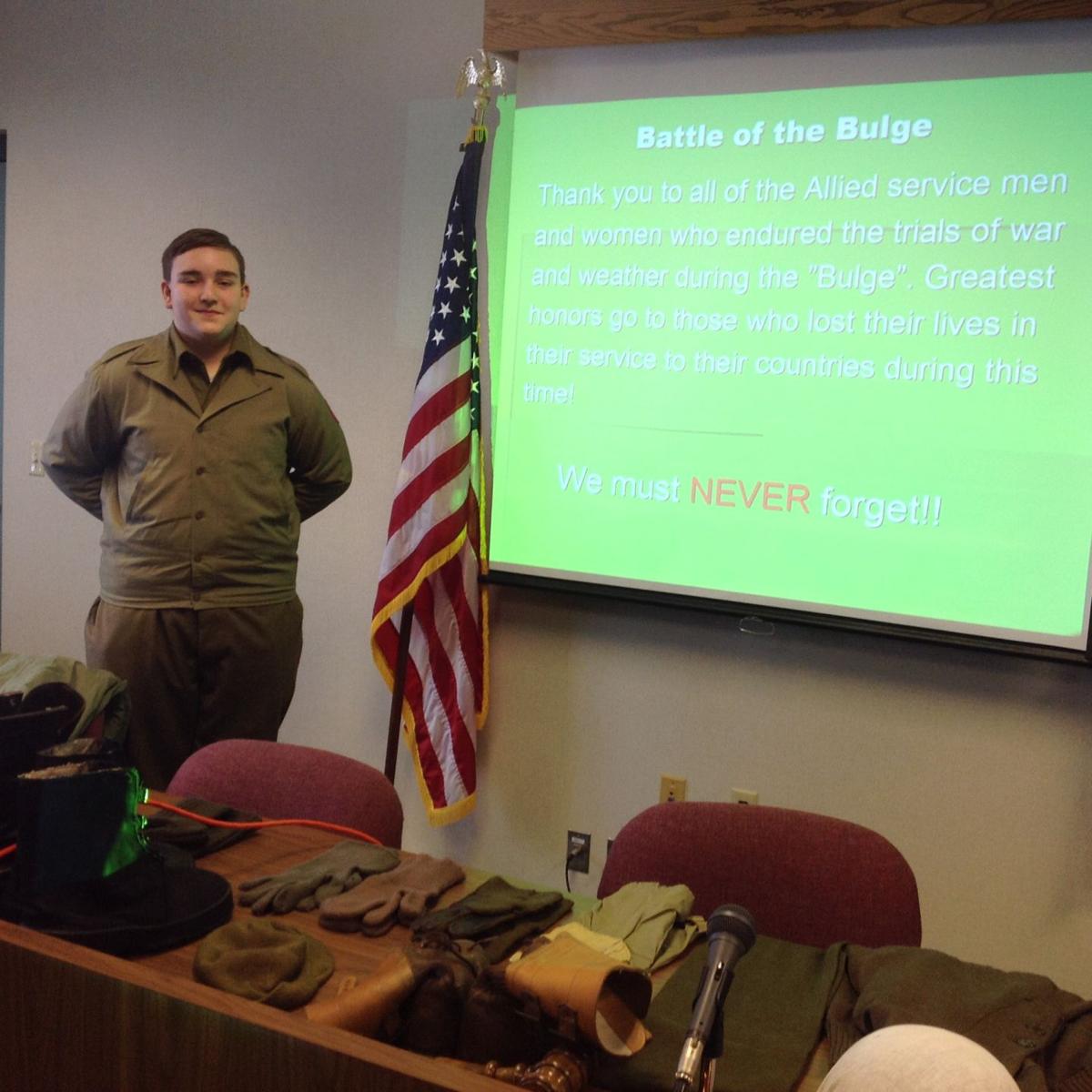 Visitors to the Baldwin Library Jan. 25 heard a presentation on The Battle of the Bulge as it was the 75th anniversary of the event. The guest speaker was Don Nelson, a retired teacher and active World War II collector. Germany’s offensive in the Ardennes Forest was a last-ditch attempt to turn the second World War in its favor. Nelson summarized the strategy and miserable conditions our soldiers faced that winter, and showed authentic uniforms, tank models, rations, and other items from that event. In addition to Nelson, Nash Paulson was in attendance as he does World War II reenacting as a way of keeping history alive for the younger generations.