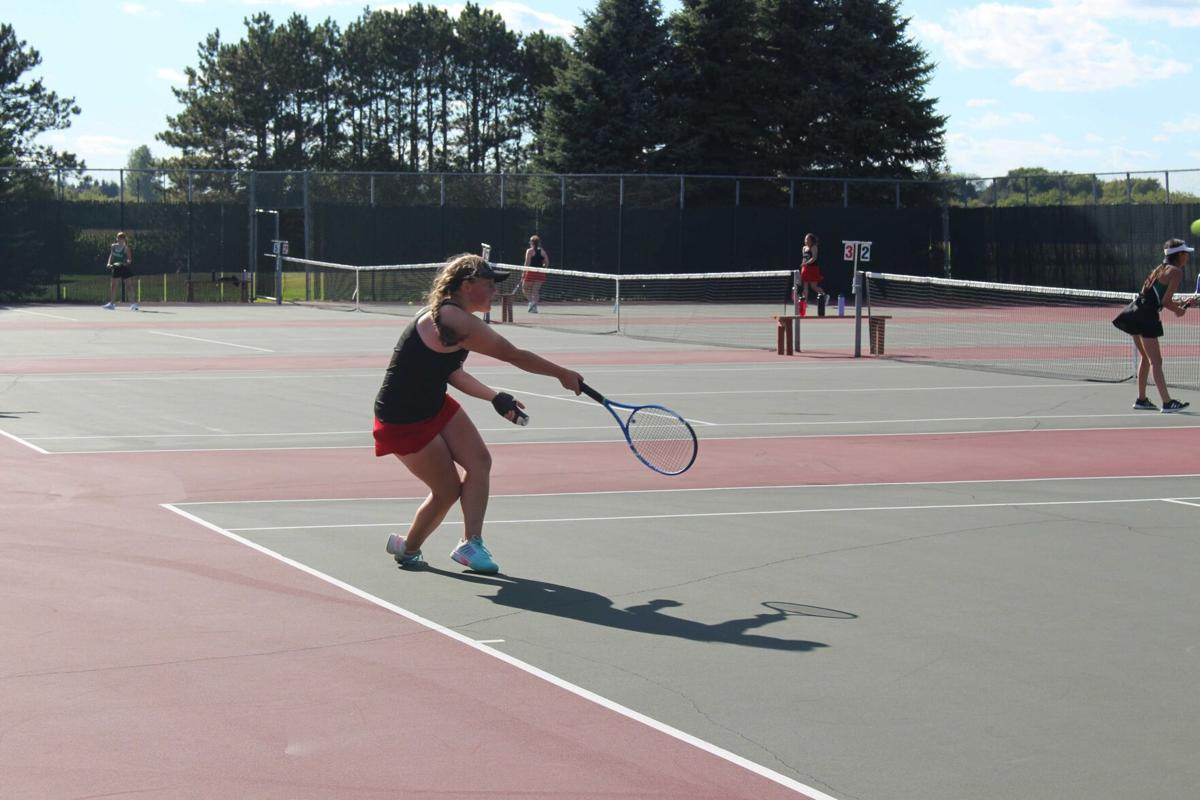 Juneau Paulsen is shown rising above her injury.

Juneau Paulsen is shown rising above her injury.

Everyone has heard the expression wishing good luck, “Break a leg.” For Senior Baldwin-Woodville tennis player, Juneau Paulsen, it is a broken finger that she has risen above to find good luck on the court this season.

During a summer hockey game, Paulsen broke her left pointer finger, close to the knuckle at the base of her finger. “I was hit with the puck (friendly fire) while screening the goalie,” she said.

This was the second injury for Paulsen in a short amount of time. She had broken a different part of the same finger in February.

Paulsen is a captain on her hockey team and also a four-year Letterman on the soccer team. She was afraid her summer injury would affect her fall tennis game. She said, “I really wanted to make it to State my senior year and I had worked all summer to get there. Then right before the season was to start I broke my finger. I thought all my progress from the summer would be lost.”

Paulsen moved ahead with tennis and does not let her injury stand in the way. When asked what she enjoys most about playing tennis, Paulsen said, “I love the feeling when I hit perfectly and it hits the line and isn't even touched. I love jumping up with my partner when one of us makes a good shot.”

She said she hasn’t worried too much about the injury affecting her other sports. She said, “To be honest I haven't been looking that far forward with COVID. I just hope for next week, so next season is far away still.”

Paulsen said her favorite tennis match this year was actually one she lost. “It was against Amery at the conference tournament. In the first set my partner and I didn't play great but got a few games. However the second set we won which was huge and gave us a lot of confidence. Unfortunately in the last set was a 10-point tie breaker we lost 8-10. As sad as we were to lose it has given us some confidence for the rest of the season,” she said.

When asked what is the biggest lesson she has learned from continuing to play tennis with her injury, Paulsen said, “That I can overcome anything if I work hard enough and not give up just because of the situation I'm in.”

Fingers crossed (broken and all) Paulsen’s positive attitude and hard work ethic lead her to success for the upcoming sports seasons and beyond.