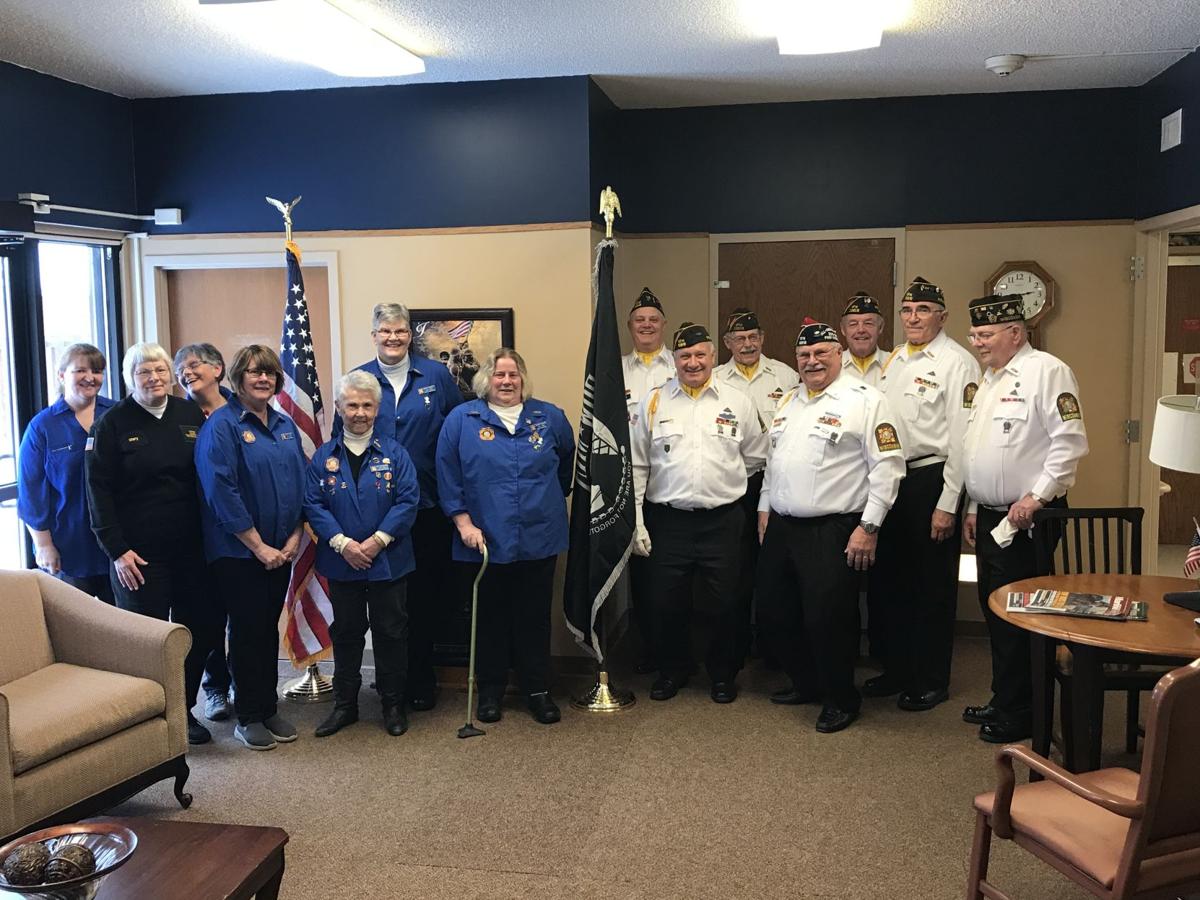 Members from the VFW Post 10818 and its Auxiliary stand for a picture in the Veterans’ Lounge of the newly dedicated Veterans’ Memorial Wing at Hammond Health Services. 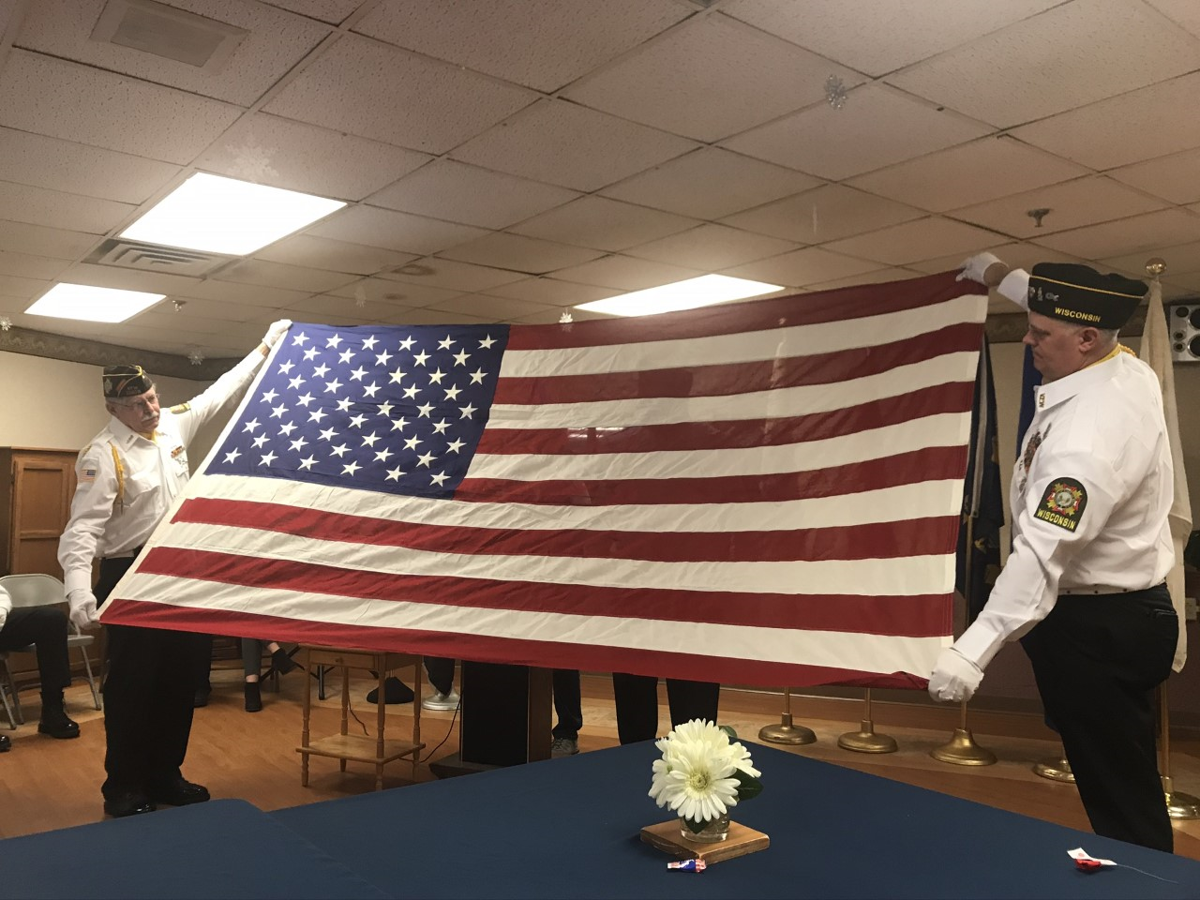 VFW Post 10818 members with the American flag before it was folded.

It was a festive celebration Wednesday, Jan. 29 at the Hammond Health Services as one of its wings was dedicated to honor veterans.

The final result couldn’t have been done without outside help which they certainly received. They wanted to thank St. Croix County Council of the American Legion Relief Fund, several additions were made to transform the wing; the New Richmond VFW Post 10818 which donated service-related memorabilia as well as an American flag which sits in the lounge of the wing; and American Legion Post 432 and its Auxiliary; which each made a $1,000 donation to Hammond Health Services during the program before the dedication.

In addition, each veteran received a framed recognition for their branch of service and a small American flag to display in their room.