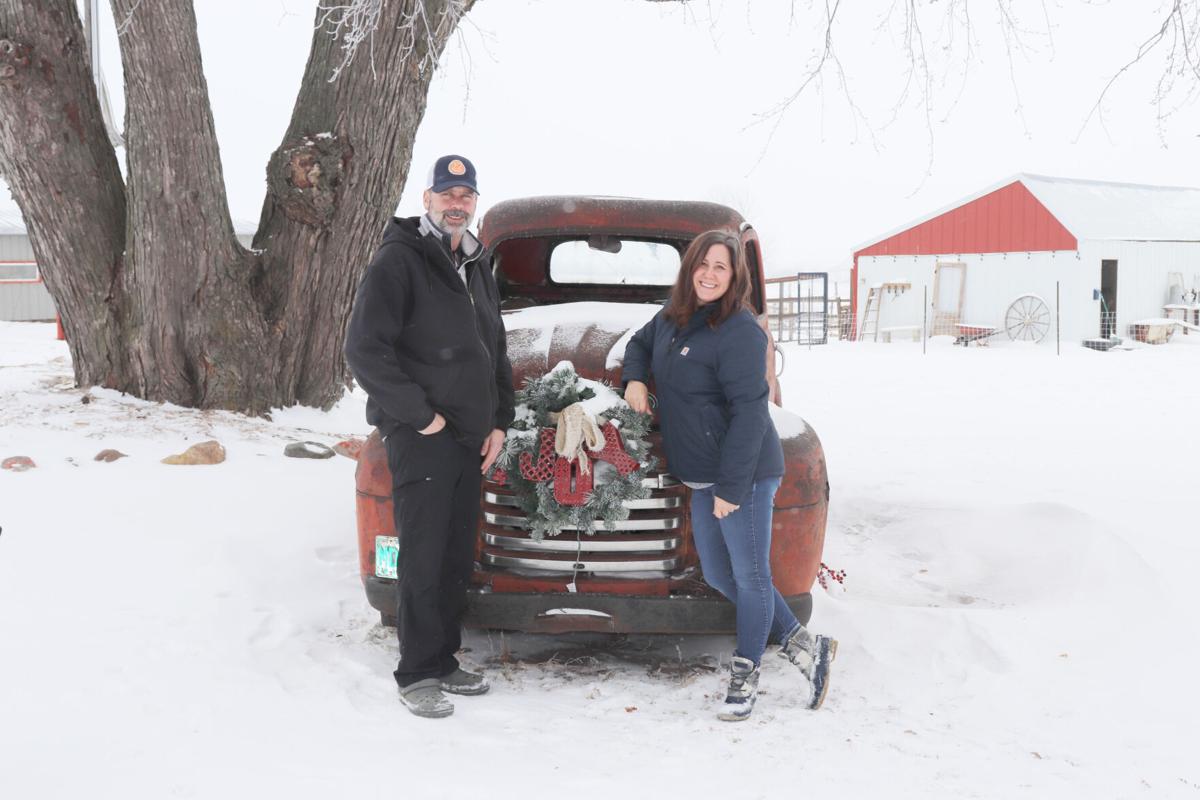 Chris Mizell and his wife Gina Alberti-Mizell purchased their farm in December 2019 and have been welcoming animals ever since. 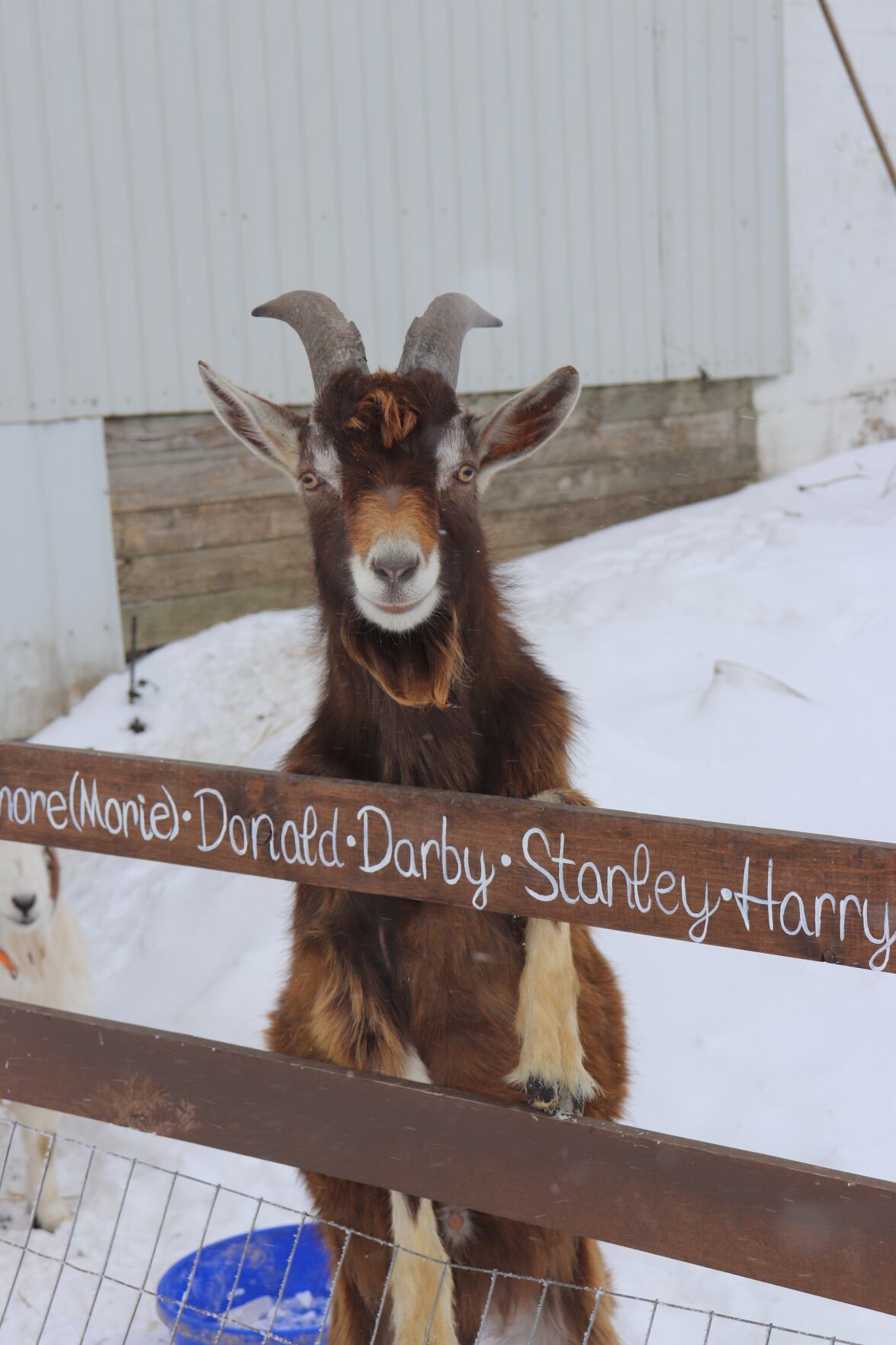 This welcoming goat at the sanctuary would love to have people come visit. 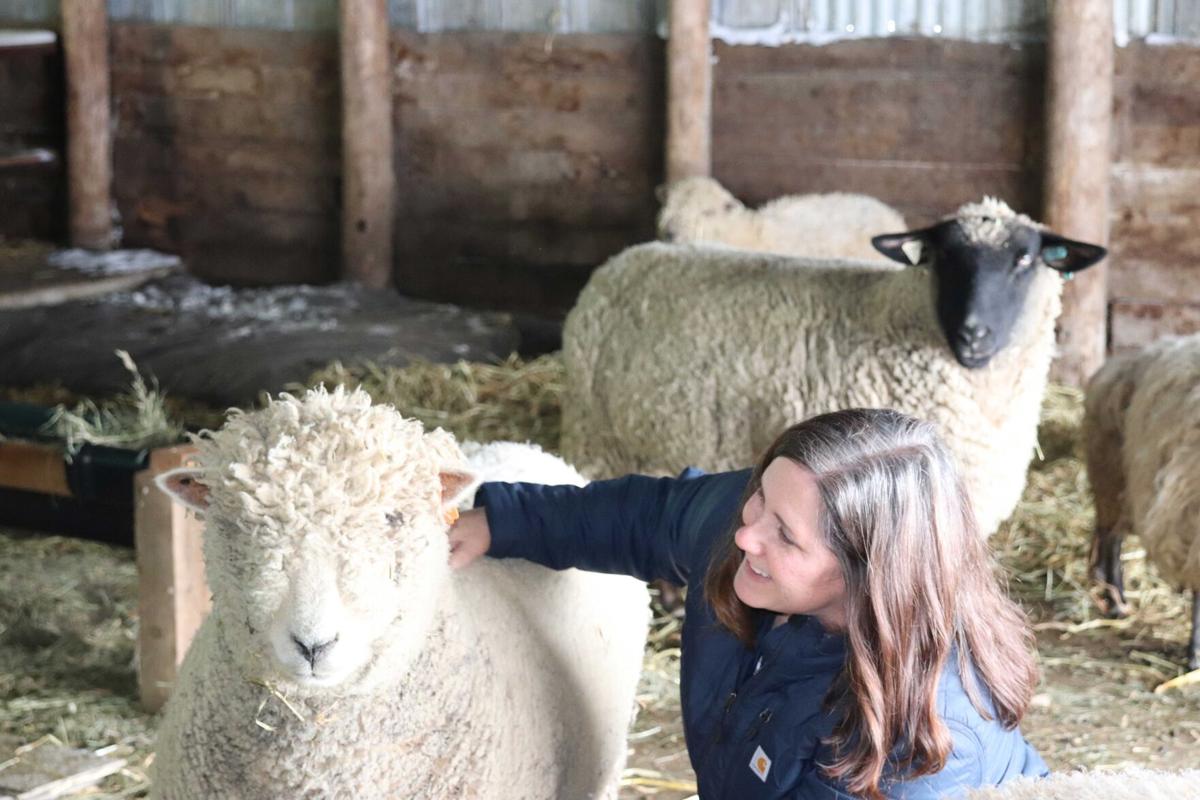 Gina Alberti-Mizell is shown with the sheep at twenty-two farms  animal sanctuary, just outside of Baldwin. The sheep are just a few of the many animals that have found a new home with Gina and her husband Chris.

Chris Mizell and his wife Gina Alberti-Mizell purchased their farm in December 2019 and have been welcoming animals ever since.

This welcoming goat at the sanctuary would love to have people come visit.

Gina Alberti-Mizell is shown with the sheep at twenty-two farms  animal sanctuary, just outside of Baldwin. The sheep are just a few of the many animals that have found a new home with Gina and her husband Chris.

Life has been full of changes over the past handful of years for Chris Mizell and his wife Gina Alberti-Mizell. First the high school sweethearts were reunited years after going their own way. Next, the animal loving couple made their way from city life to a farm in Baldwin and the owners of twenty-two farms animal sanctuary couldn’t be happier.

Both Chris and Gina spent most of their lives living in the Twin Cities area. Spending some time living in Grand Forks, Duluth and Hudson was about as rural as things got for Chris.

Both Chris and Gina have always had a special place in their hearts for animals. Gina said, “Animals have always been my soft spot. I went to a farm when I was in second grade and I can still to this day tell you everything about the place. I absolutely fell in love with it.”

She said when her boys were born she wanted to teach them about volunteering, but felt they were too young to work at the local soup kitchen, but an animal rescue was a perfect place for them. “They would go care for rescued cats on Friday nights and it became important to the boys as well,” she said.

When Gina reconnected with Chris her dreams of caring for animals on a larger level became a reality. Chris said, “Since day one, we always talked about doing something like this, I just don’t think we ever imagined it would get this large scale this quickly.”

They fostered cats and dogs while living in the cities. They felt there was probably more they could do for animals in need, but to do so, they would need more space.

A realtor’s Facebook post of a farm with little pigmy goats caught Chris’s eye. “We went and looked at the farm, but it just wasn’t quite the right fit. We told them when the property sells, if the buyer does not want the goats, we would happily take them,” he said.

Their search eventually led them to Baldwin where they opened twenty-two farms animal sanctuary in December 2019. Before they had found the property they had discussed that when they opened their sanctuary, they would name it twenty-two farms, which was Chris’s hockey number in high school. Gina has fond memories of wearing his #22 jersey back in the day and they thought it had a nice ring to it. It was quite a surprise when they saw the address of the property in Baldwin was 2022 US HWY 12. It was just meant to be. Gina said, “Ironically the property that we passed on that had the little goats, was a property number that ended in 21.”

Speaking of those little goats…“We were here a couple of months when our realtor called and asked if we were still interested in those goats, which kind of really started it all, with taking in our lovable group of misfits,” Chris said.

“We imagined we would have lots of cats and dogs coming in, but we had no idea the number of farm animals needing some place to go was just as big-if not bigger,” said Gina. She said not a lot of rescues or sanctuaries take farm animals.

The city slickers admit before moving to the farm they did not have a whole lot of experience with farm animals. “We were city kids through and through,” Chis said. Google and YouTube have been their saving grace according to Gina. “When someone came and said, ‘Hey, I have a turkey that is not getting along with the rest of our flock, can you take it?’ I Googled how to raise a turkey and we took the turkey,” Gina said.

They currently have a variety of animals including sheep, goats, pigs, geese, chicken, turkey, ducks, rabbits and cats and dogs. There are many different reasons why the animals have come to live at twenty-two farms. Chris said, “Some of our sheep were 4-H animals that kids planned to show. When the fairs were cancelled and the animals became a larger expense, they came to live here.”

They said they have received cats from people who have moved into assisted living facilities and haven’t been allowed to bring their pets with.

15 of their livestock and 18 chickens came from a farmer in eastern Wisconsin who was doing similar work, but could not keep them for circumstances outside of his control. Gina said, “After he called, we drove the four hours to go see him because we wanted to make sure we were not taking in any really angry animals. All of our animals are really friendly, which is important to us because we give tours to the public. We want people to see, pet and be able to interact with our animals. Where else can you interact with a 500 lb. three-legged pig?”

They said they have had many home-school groups come tour the farm as well as people who just love animals and want to visit them. Visits can be scheduled through Facebook (Twenty-Two Farms Animal Sanctuary) or twentytwofarms.com.

An average day at the sanctuary sees Chris getting up about 4:30a.m. He spends time playing with the animals that are in the heated garage. Next, he spends about an hour feeding and watering the animals before cleaning the stalls.

Gina spends the earlier morning hours checking the sanctuary’s emails, fulfilling online orders of the farm’s merchandise and updating their website and social media pages. She does the evening shift of feeding and cleaning.

Both Chris and Gina also work full-time to help fund the sanctuary. Generous donors have also kept the dream alive. Monetary donations along with gifts of supplies have been greatly appreciated.

A food pail has recently been added outside of their shed where people can drive up and drop off table scraps for the pigs. “In the summer we grow fruits and vegetables to help supplement their feed, but in the winter that is harder to do, so people just pulling in and dropping off scraps has been great,” said Gina.

They would like to fundraise to outfit one of the barns with electricity and water to enable them to take in bigger animals. “People have approached us to take cows and ostrich and we want to get to the point where we can say yes,” Chris said.

Their long-term goal is to renovate another barn and offer private events to help fund the sanctuary.

Gina said, “A lot of people ask if we adopt out our animals and the answer (other than for a few kittens this fall when we were getting a ton of requests) is no, they come here for their forever home!”

The couple said Pierce Veterinary Clinic has been a huge help to them. They are just one of the many reasons they have fallen in love with Baldwin and surrounding areas. Gina said, “The people have been so supportive and so friendly, it has been awesome.”