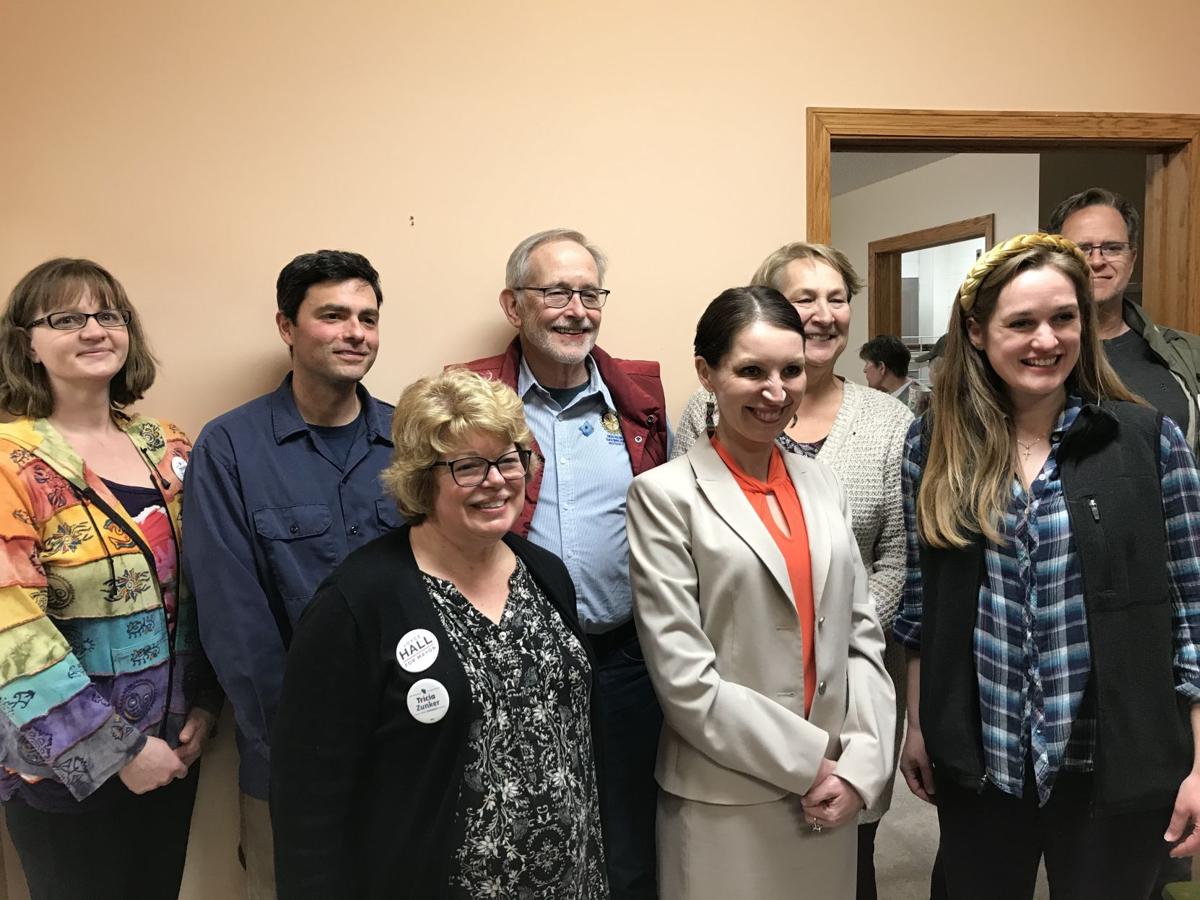 The candidates who spoke at the Democratic Chili Cook-Off March 11 at Democratic Headquarers in Baldwin. In the front row (left to right): Joyce Hall, Tricia Zunker, Sarah Yacoub. In the back row: Shelly Tomtschik John Calabrese, Jim Webber, Patty Schachtner and Tim Hall. 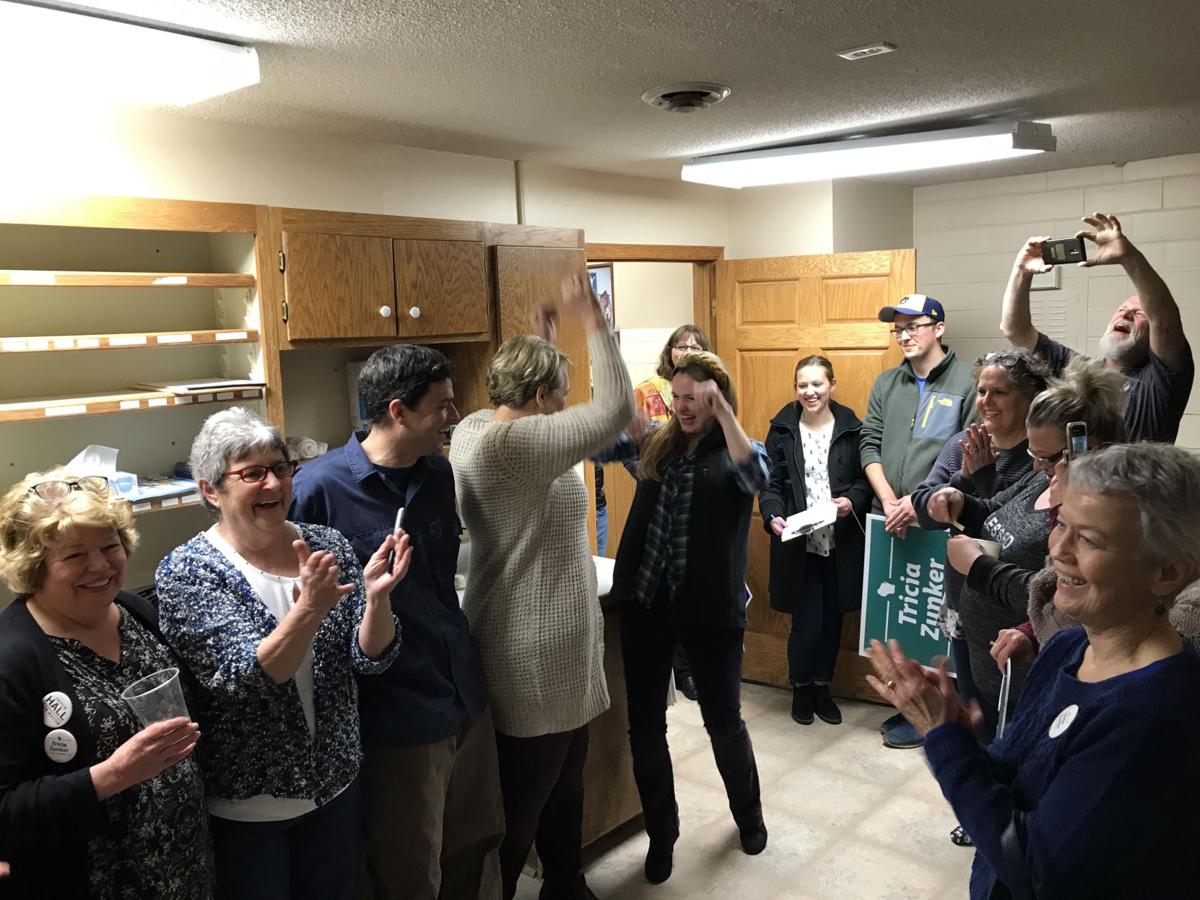 State Sen. Patty Schachtner and Sarah Yacoub celebrate as their chilis were named the best at the Chili Cook-Off March 11 at the St. Croix County Democratic Headquarters in Baldwin.

Enthusiasm and good times were obvious March 11 at the St. Croix County Democratic Headquarters in Baldwin.

“I’m super excited to see everyone here,” said John Calabrese. “Because I see a ton of new faces that I haven’t seen before and that makes me very happy.”

Calabrese was saying those words in front of a group of supporters as the headquarters held a candidate Chili-Cook.

Calabrese is the Democratic candidate for the 29th Assembly District, which includes Baldwin.

He was one of several candidates who addressed the crowd, where visitors sampled candidates’ chili and then heard candidates’ thoughts and plans leading up to their local elections.

Shelly Tomtschik spoke next. She is running for the District 18 seat of the St. Croix County Board, where the incumbent Nancy Hable, choose not to seek reelection.

Tomtschik said her hopes upon election, are to improve on services the County offers, specifically, Mental Health and AODA.

Calabrese was next. He was the Democratic nominee two years ago when he lost to incumbent Rob Stafsholt. Stafsholt chose to seek the District 10 Senate seat currently held by Patty Schachtner this November. There are three Republicans running to replace Stafsholt.

Besides what he previously mentioned, Calabrese encouraged guests to check out his website and Facebook page for his latest news and events.

After Calabrese, Sarah Yacoub was next. Yacoub is the nominee for the 30th Assembly District, which primarily consists of the Hudson and River Falls area.

“This district is absolutely in play,” Yacoub said, highlighting its changing demographics. She stressed the need to out the incumbent, Shannon Zimmerman as she called him a “rubber stamp” for Assembly Speaker Robin Vos.

“Vos’ goal is to get a super majority, so the Executive Branch becomes irrelevant,” she said.

State Senator Patty Schachtner was next and talked about Health Care.

She mentioned a recent Youth Risks Behavior Survey in which 40% of high school students admitted to anxiety or becoming depressed.

“We have to take this serious,” she said. “Our future is going to be taking care of us. We need to set up the world for them to do better.”

She also mentioned being appointed to the Governor’s Task Force on Caregiving.

The list of speakers concluded with Tricia Zunker who is challenging Tom Tiffany for the 7th District seat of the United States House of Representatives. The special election is May 12.

She is campaigning on Health Care, Farm Crisis and the Economy.

“We need to ensure everyone has access to quality, affordable health insurance and rural hospitals have the funding they need,” she said.

As for who had the best chili, guests thought it was a tie between Schachtner and Yacoub.

Say 'salut' with your next home meal

Five Tips to Help You Get Better Sleep Now

Soak up some sunshine to fight cabin fever