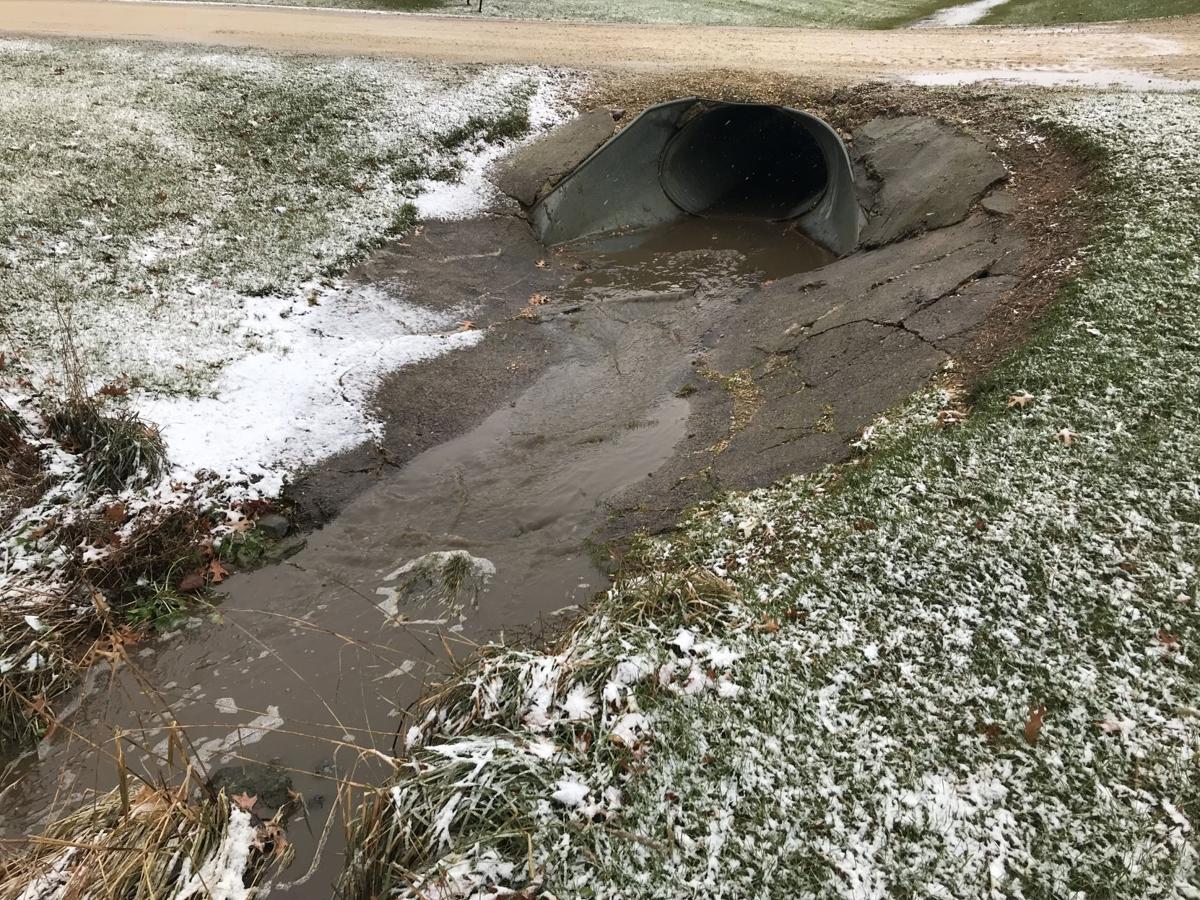 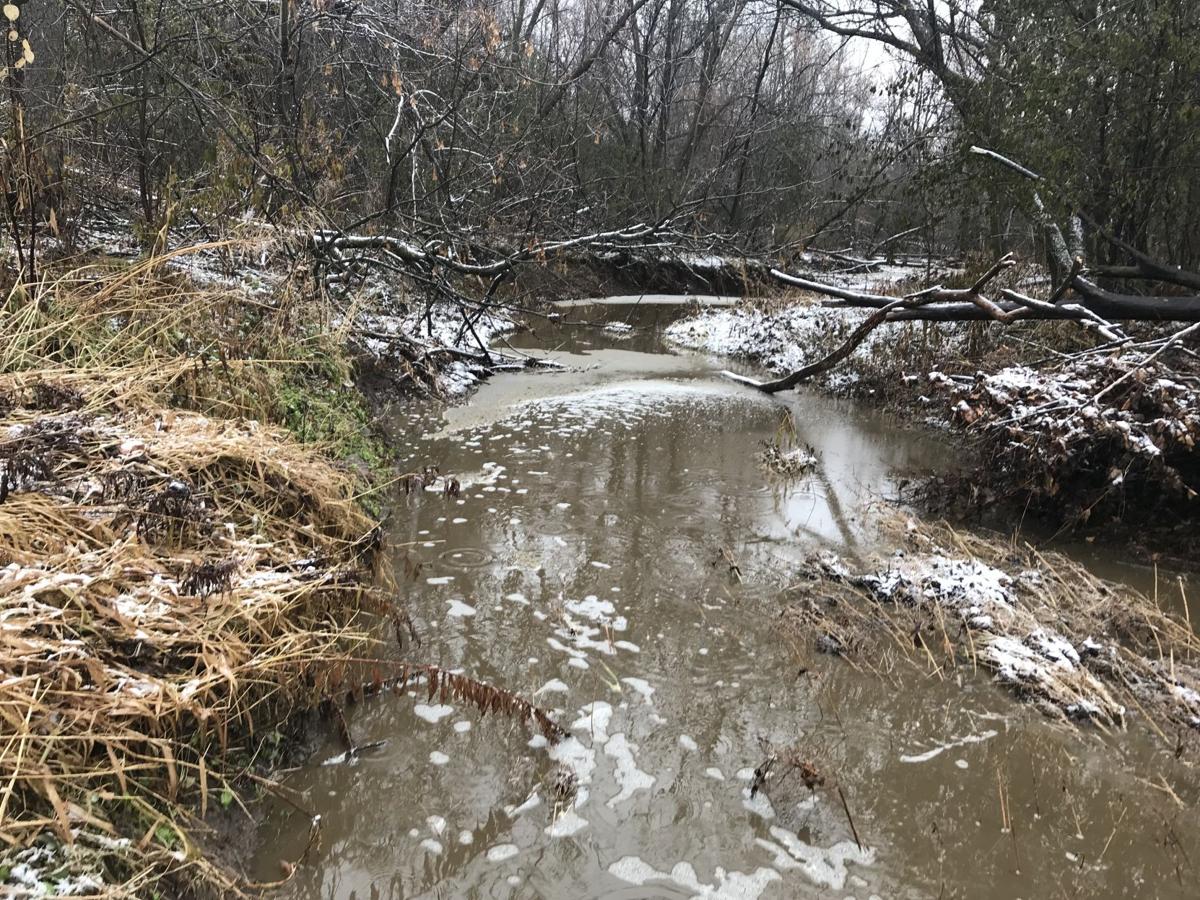 Hutton Creek downstream of County Highway G. The DNR reports the water was brown, foamy and smelled of manure. 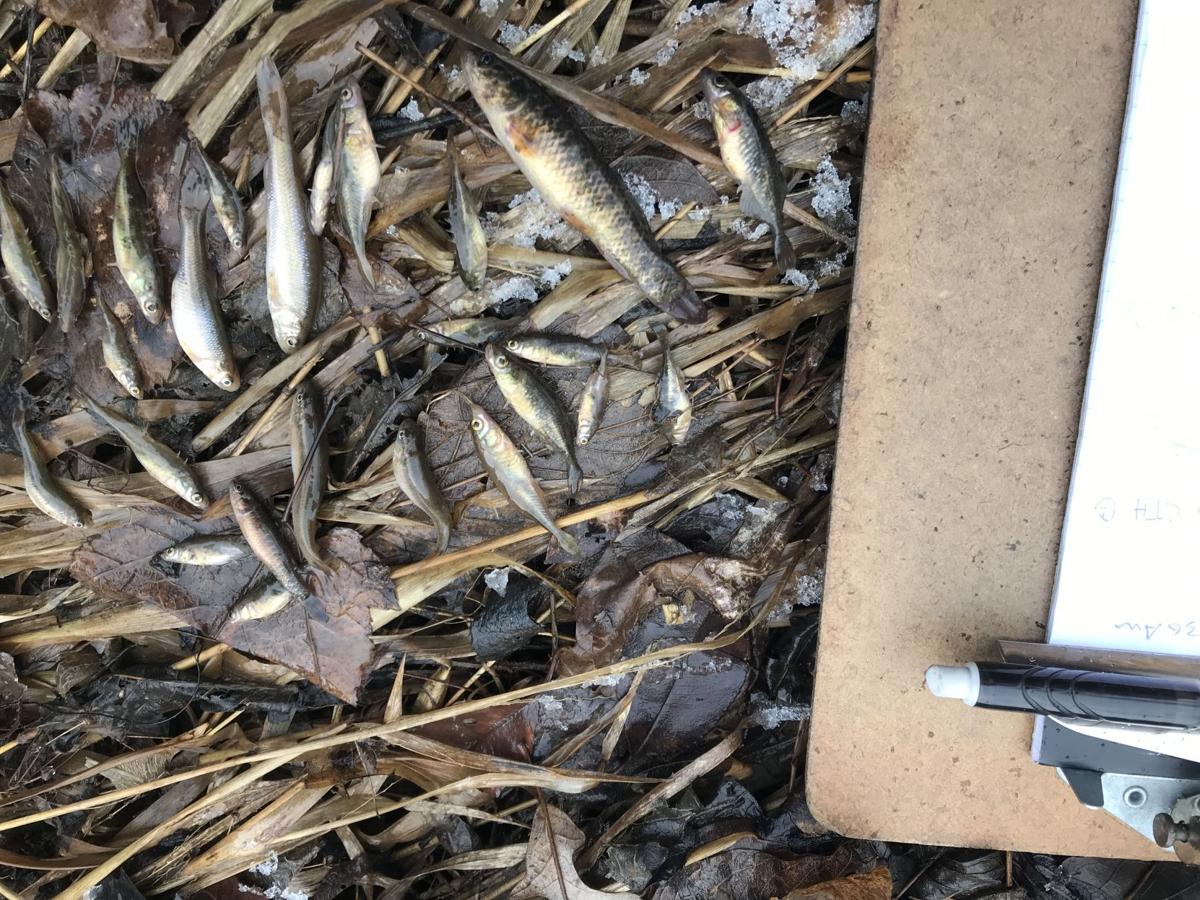 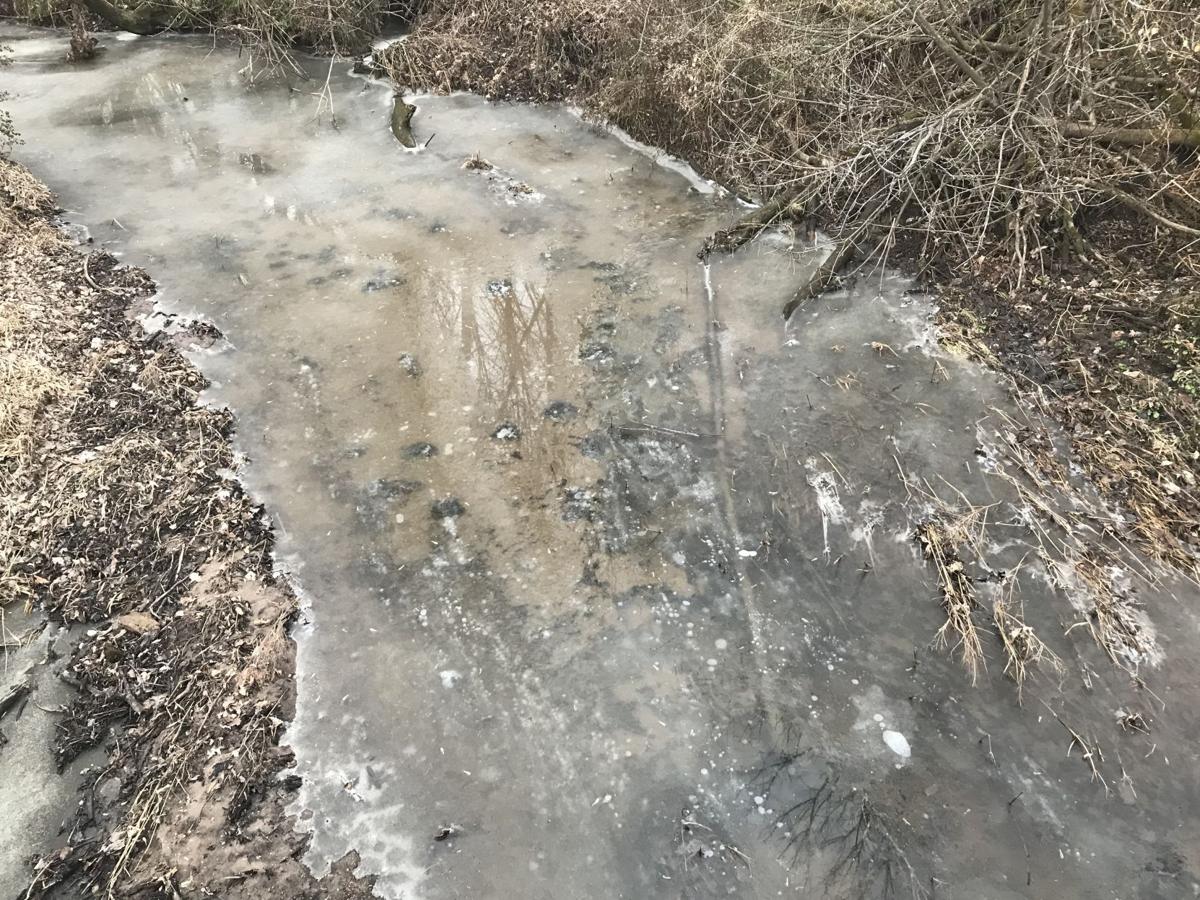 Hutton Creek downstream of County Highway G. The DNR reports the water was brown, foamy and smelled of manure.

A rural St. Croix County farm is under investigation by the Wisconsin Department of Natural Resources after a recent manure spill.

Warden Isaac Kruse was notified on Nov. 20, 2019, anonymously of manure flowing down from a location off County Highway G, east of Emerald Sky Dairy, according to a DNR report.

Around 8:45 a.m., the following morning, Kruse along with fellow warden Paul Sickman and Agricultural Runoff Specialist Jeff Jackson met at CTH G, near the Hutton Creek bridge. The wardens noted ‘manure laden water’ flowing down a waterway and entering the road ditch. The water traveled east approximately 250 meters down the road ditch and entered an intermittent section of Hutton Creek. The report states, it was believed manure was coming from a field owned by Emerald Sky Dairy.

Nearly twenty-five minutes later, Jackson met with the farm’s compliance manager to reduce the runoff. Among the steps taken included:

-- Constructing an earthen berm near the eastern border of the affected field.

-- A septic hauler was contacted to begin removing manure water from the ditch.

-- Sky Dairy employees conducted tillage passes on fields to work manure and stormwater into the soil.

“All these actions were important steps in reducing runoff flow to the grass waterway, road ditch, and Hutton Creek,” the report states.

The next steps included taking water samples from the CTH G road ditch and Hutton Creek. The water entering Hutton Creek was brown, turbid, and smelled of manure. In addition, there was also an abundance of white foam, developing at the confluence of the road ditch channel and Hutton Creek.

On Nov. 20, Jackson was out at Emerald Sky Dairy conducting a manure hauling audit of the field in questions. Among some of his findings that were listed in his report:

-- Liquid manure was being spread at a rate of approximately 12,000 gallons per acre

-- Some manure appeared to be migrating down after being applied

-- Soil was damp and somewhat staff but didn’t appear frozen

-- No noticeable soil erosion was observed within the field boundary

Due to the manure movement in the field, Jackson requested Emerald Sky Dairy reduce the manure and conduct additional tillage along the boundary and low-lying area. The dairy agreed and immediately reduce the rates: Jackson left shortly after.

Finally, between those two days, Nov. 20 and 21, the area received about .038 inches of precipitation, with the temperatures falling as low as 30 degrees.

During COVID-19, Take Simple Steps to Establish a New Normal

How one woman took action after her cancer diagnosis