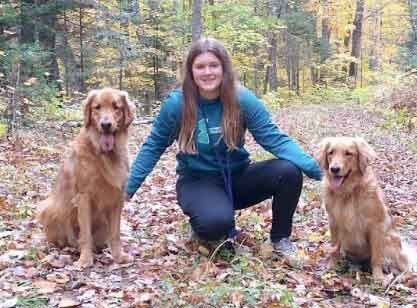 Juliana Johnson loves spending time with her pets. She will have to miss them for a bit when she travels to Hungary as an Exchange Student. 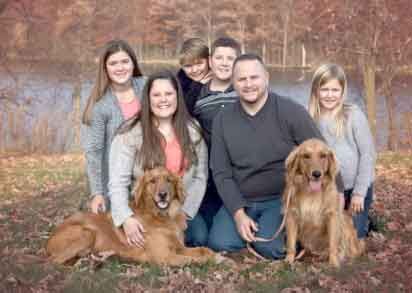 Julianna (back row left) is shown with her family. 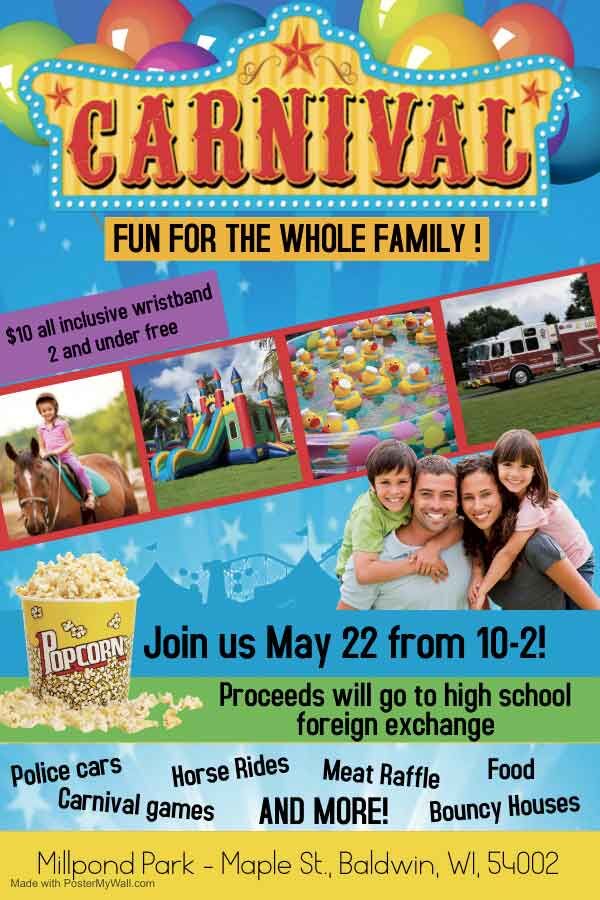 Juliana Johnson hopes you will join her for a carnival at Millpond Park May 22 from 10a.m.-2p.m.

Juliana Johnson loves spending time with her pets. She will have to miss them for a bit when she travels to Hungary as an Exchange Student.

Julianna (back row left) is shown with her family.

Juliana Johnson hopes you will join her for a carnival at Millpond Park May 22 from 10a.m.-2p.m.

A local teen is combining two passions to make a dream come true. 16-year-old Juliana Johnson recently received approval from the Baldwin Village Board to host a carnival at Millpond Park as a way to fundraise to become a foreign exchange student. Johnson said she loves event planning a traveling.

When asked how the idea for the carnival come about, Johnson said, “Event planning is one of my greatest passions and I have been doing it for as long as I can remember. I grew up helping my mom throw church fundraisers and carnivals so the thought of me hosting my own is nothing unusual, I have done it multiple times before. This end of the year carnival is something that I have been trying to have since pre-COVID and now I finally have the opportunity to do so. It is the largest fundraiser I have ever held, and there are going to be more activities in one place then I have ever organized at once, but it should be a blast.”

Johnson, who is a sophomore, said she moved to Baldwin in third grade. “I love the small town feel of Baldwin, how everybody knows everybody. My dad grew up here and my mom is very social so between the two of them I have met and know a good majority of the people in this town. I also am not a city person, I prefer living in the country so Baldwin is the perfect place for me,” she said.

She first became interested in foreign exchange her freshman year and the dream has grown since then. She plans to travel to Hungary. Johnson said, “The culture of Hungary resembles what I am looking for in a foreign exchange program. The people are welcoming, the food is very similar to what I eat currently, friends are very important to teenagers in that culture and the sports are what I am looking for as well.”

Johnson said Hungary has a sports program she to which she is interested. “Horseback riding is one of the most popular sports in Hungary and should I make it into the sports program. I plan on taking English riding lessons while abroad. Ultimately the culture and the equestrian program are the two main reasons that I chose Hungary as my foreign exchange destination,” she said.

She plans on foreign exchanging next school year for a semester. She said, “It would be the first semester of my Junior year. Essentially I would leave the end of August and return at the beginning of February.”

“I love experiencing new cultures and food, which is the main reason I am wanting to foreign exchange. I also am very interested in learning a different riding style. Up until this point I have only ridden Western so I am excited to learn English riding. Lastly, on other trips I have taken, living with the host families is always my favorite part, so spending a couple of months with a family is something I am super excited about,” said Johnson.

Travel is a big love for Johnson, but she has other interests as well. The daughter of Travis and Debra Johnson said, “I get a lot of my ambition and my love for event planning from my mother. I also get my love for seeing the world from both of my parents. I have three younger siblings, two brothers and a sister. We also have two golden retrievers and two cats along with a bunch of fish. My family is very close and our favorite things are family dinners and family vacations.”

An animal lover from birth, she spends a lot of time with her pets or at her work, training and working with dogs. Johnson said, “I love to train dogs in obedience and agility in addition to riding horses, as well as hang out with my cat and other animals.”

Johnson spends a lot of time with friends and family outdoors. “I enjoy playing soccer and rollerblading. If you happen to find me inside I will likely be cooking or baking. On the rare occasion that I sit down I enjoy watching movies and making dog leashes. I have a paracord dog leash business that I started to help raise money for foreign exchanging as well. Making leashes and collars is another one of my hobbies as well as one of my fundraising efforts,” she said.

After high school Johnson plans to attend college with the intention of becoming a mixed practice veterinarian. She said, “This has been a dream of mine since I was three- years-old and I don’t expect that to go away any time soon. Apart from preparing for college I would still like to travel on mission trips and see the world for smaller periods of time after my foreign exchange trip.”

The end of the year carnival will take place May 22 from 10-2 at Millpond Park. There will be bounce houses, carnival games, horse rides, fire trucks, police cars, food, raffles, and more. It is a public event with an admission of $10 for an all-inclusive wristband. The wristband will cover the activities so parents coming to watch their kids do not need to pay to enter. Johnson said, “All are invited to attend! We did not have many public events over the past year so I wanted to make this event as community oriented as possible.”

Johnson said, “This trip would be a once in a lifetime experience that I hope to help other students experience upon my return. I have intentions of starting a foreign exchange club at my school being the spokesperson and the example for future students. I have seen parts of the world that some people will never see so if I can help even a few upcoming students to broaden their horizons it would mean the world to me. Also, being the first one it is difficult because I have no idea what I am stepping into, but I look forward to the journey.”