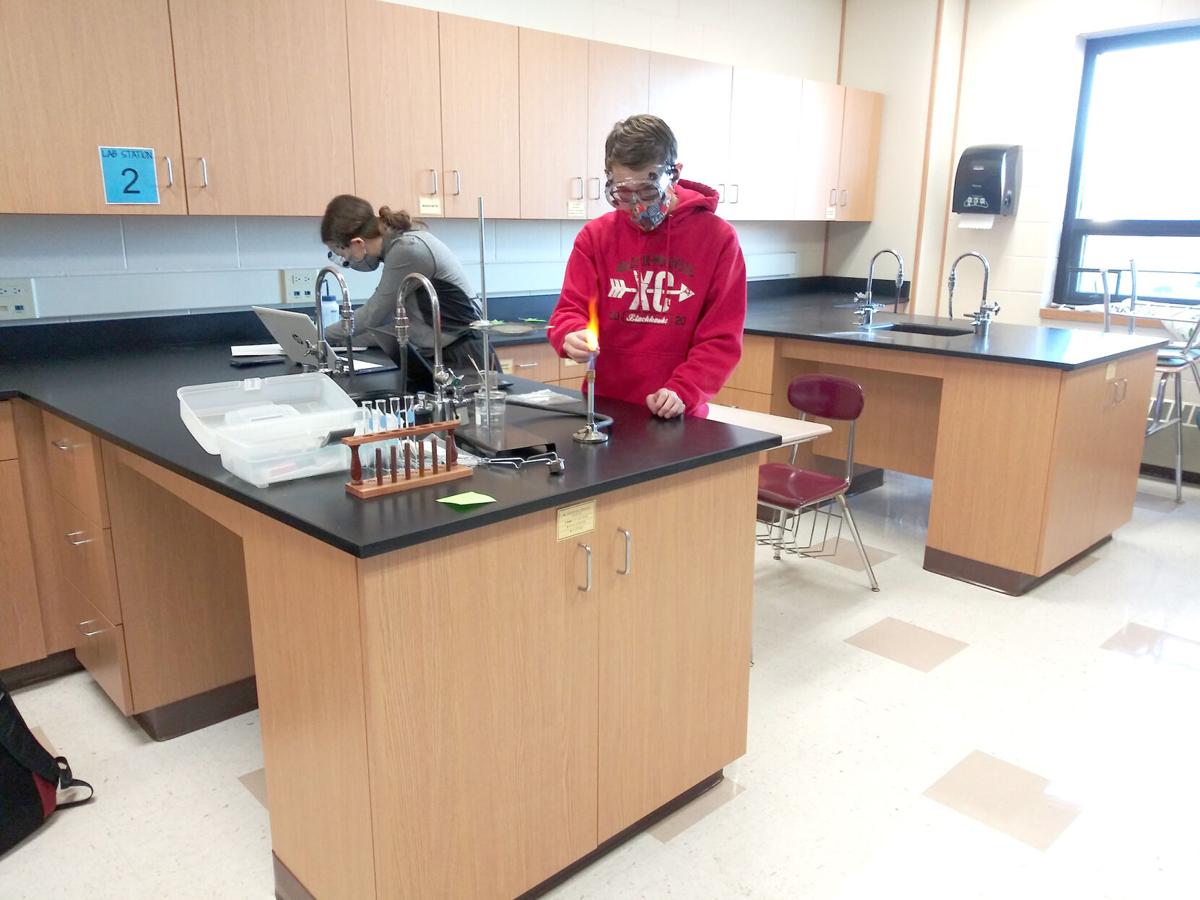 Dru Beebe and Hayden Wilson perform a flame test in the Forensics event. 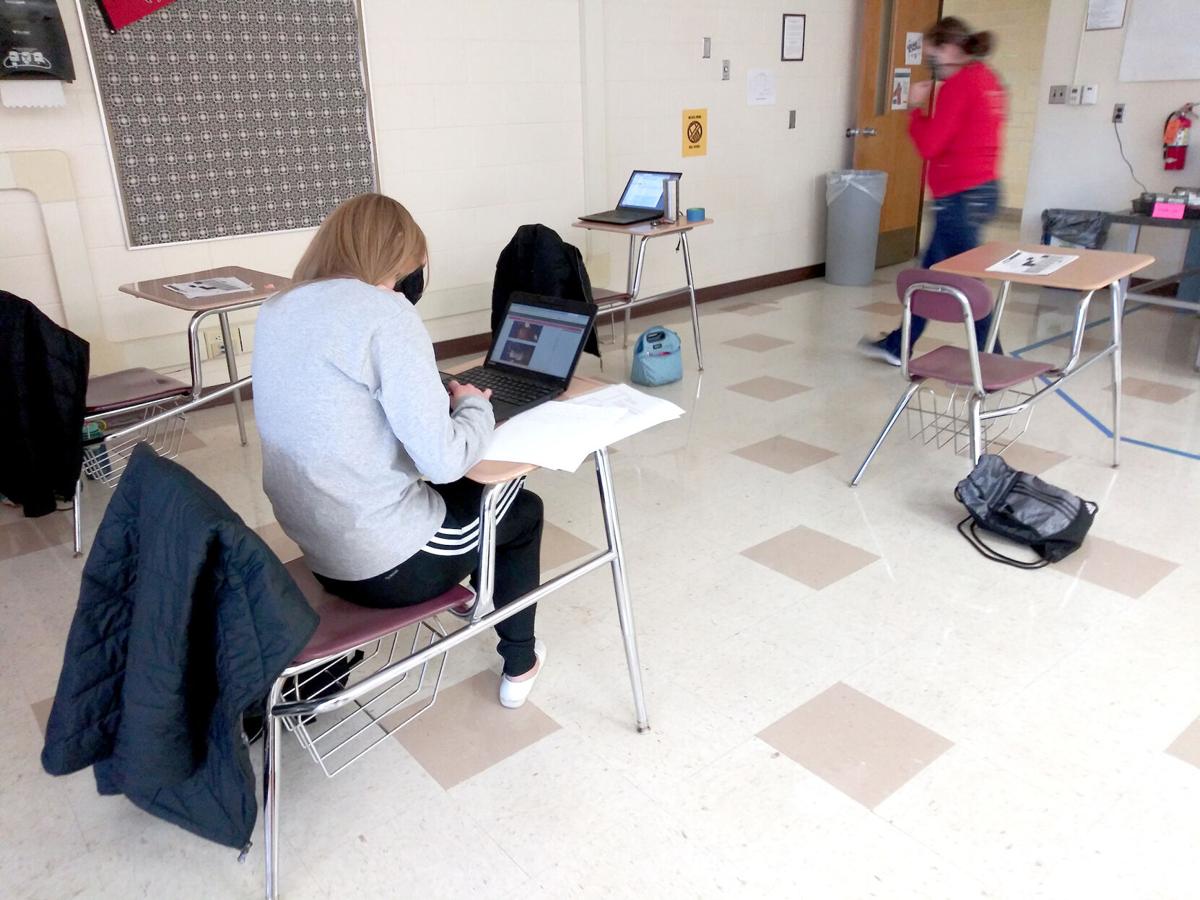 Alex Moore writes instructions on how to build a structure for her partner Alyssa Moore to follow. 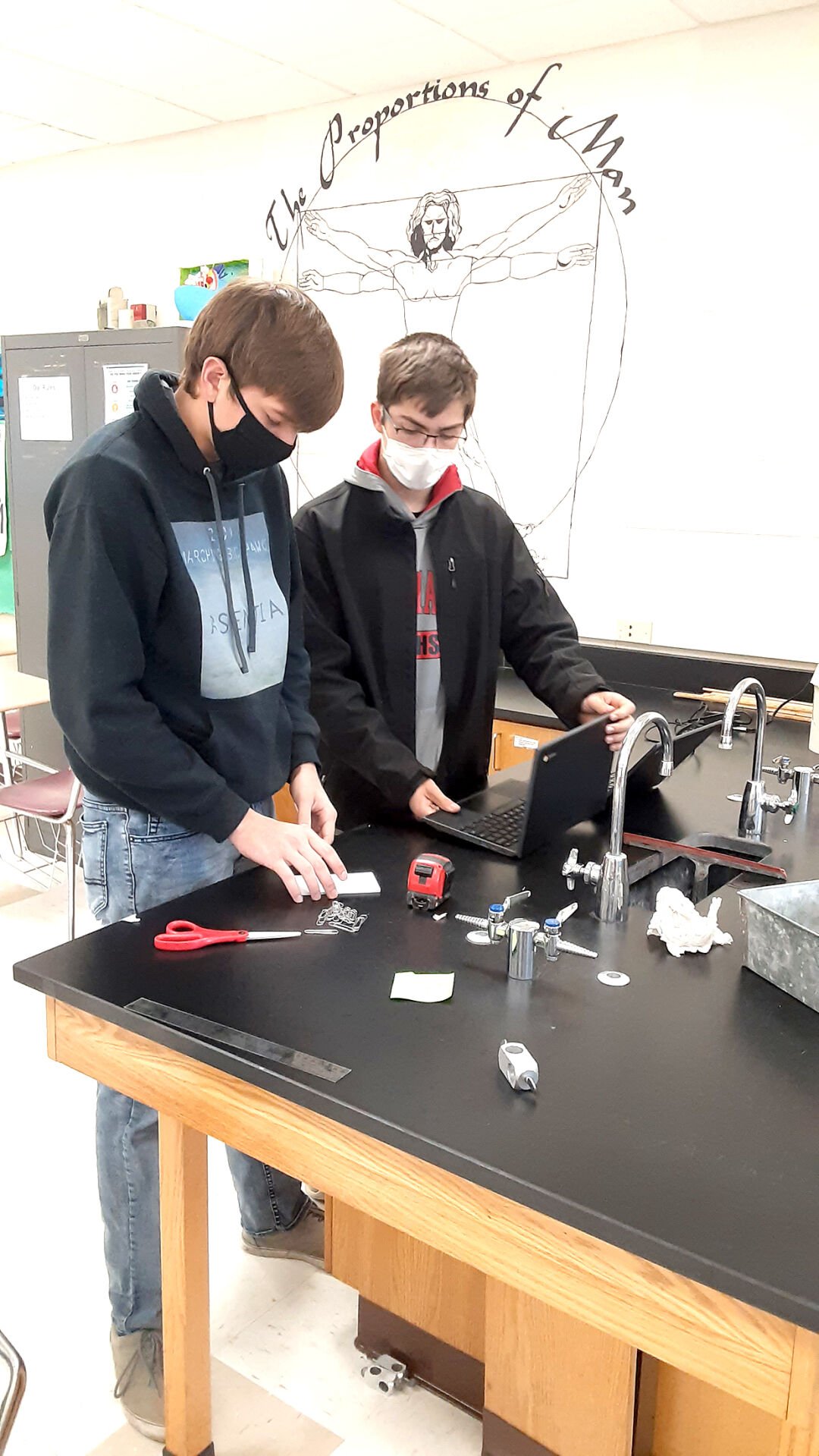 Brady Mueller and David Thompson discuss their plans for their Mystery Build structure. 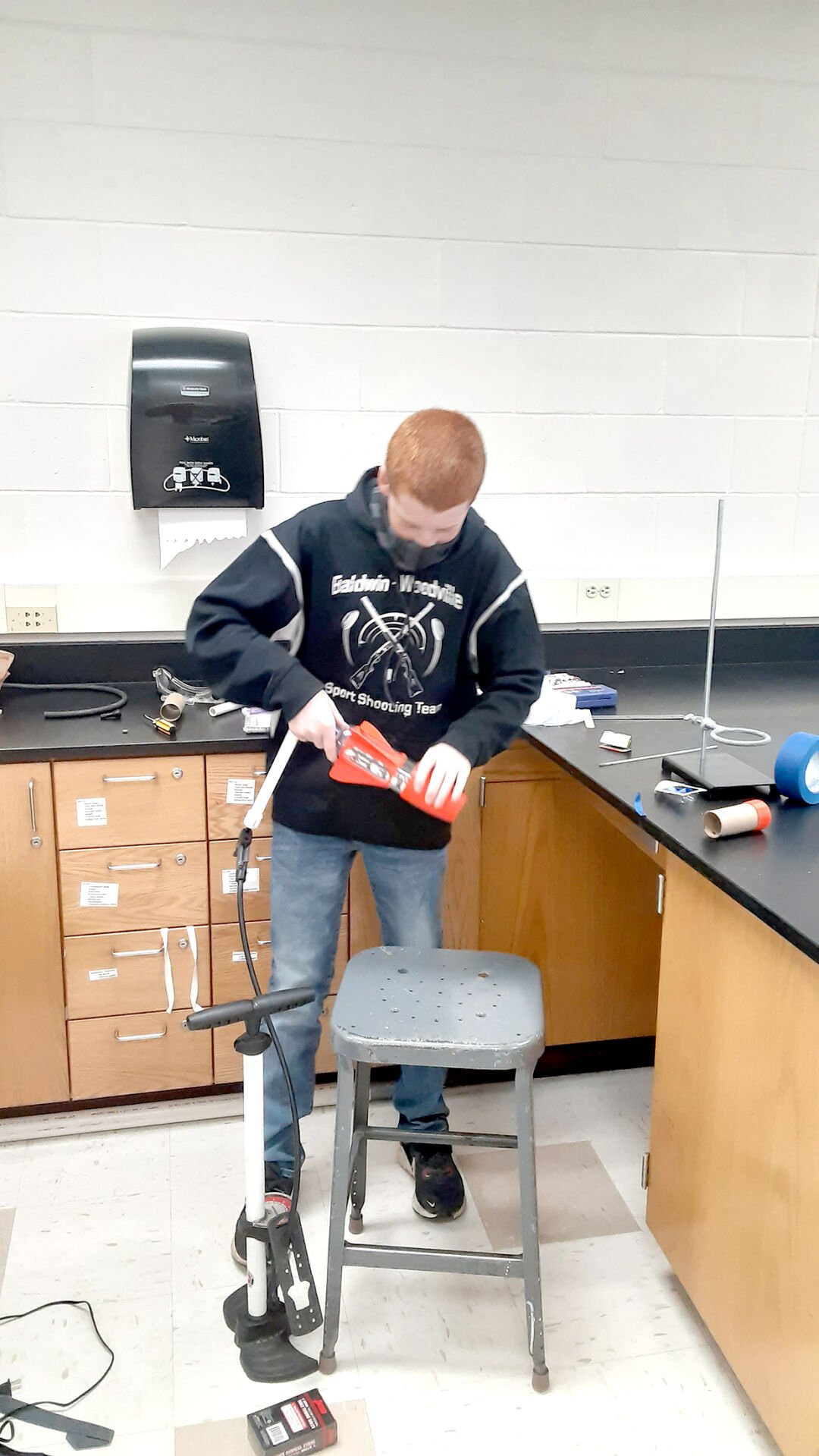 Wisconsin Science Olympiad is a rigorous team competition that applies the principles of STEM Education within 28 events pertaining to various scientific disciplines, including Earth Science, Biology, Chemistry, Physics and Engineering. Twenty-one Baldwin-Woodville High School students competed in their first Science Olympiad competition of the season Saturday, December 5. It was hosted by Boyceville High School; however, all competition was done remotely at each school’s facilities, which allowed the opportunity for us to compete against teams that normally wouldn’t have attended the tournament in-person. Competing teams represented high schools from Wisconsin, Minnesota, California, Illinois, Indiana, Kansas, Kentucky, Nebraska, New Jersey, New York, Ohio, Pennsylvania, and Washington.

Congratulations to the team on a great start to the season! Their next satellite tournament will be hosted by Menomonie High School on March 6, 2021.