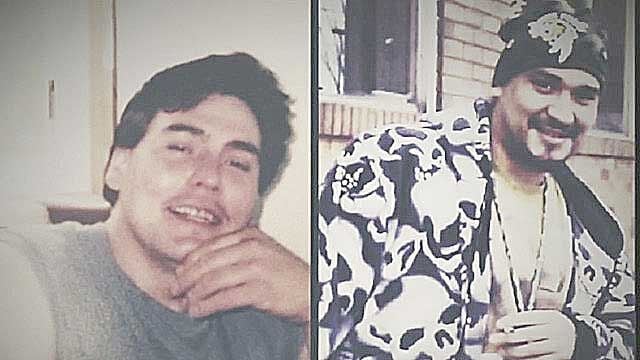 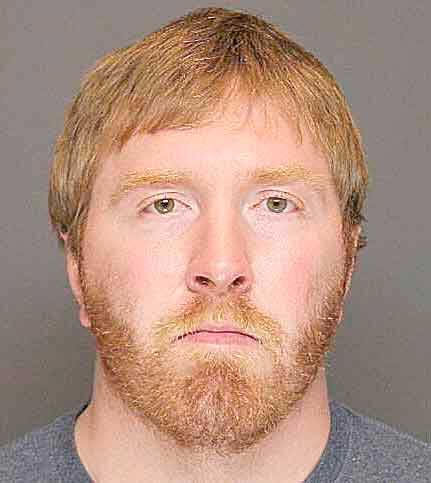 Late January, Polk County Sheriff’s Department set a goal of revisiting an unsolved case that affected Polk County and the Round Lake Community Jan. 11, 2014; the hit-and-run, double fatality that took the lives of Ben Juarez and Rick Cobenais.

Ten months later, that revisit has paid off. Andrew Endres, 32, Randolph, MN. has been charged with two counts of hit and run involving death.

Six years ago, witnesses said Cobenais, concerned over Juarez’s ability to drive, took his car keys. An altercation ensued that spilled into the traffic lanes of County Road E. A truck approached from the north and hit them.

Evidence at the scene and witness statements indicated that after striking the pair, the truck stopped. The driver and a front passenger exited the vehicle and began to approach the scene before abruptly running back to the vehicle and fleeing to the south.

Jan. 31, 2020, in a news conference, Cobenais’ son, Thomas Fowler spoke. When speaking of the individuals who fled the scene six years ago he said, “I don’t hold grudges against them. As an Anishinaabe we are taught that forgiveness gives us peace, but I do not have anyone to forgive. My peace has been disrupted for five years.”

He described how since the incident he has had anxiety over people walking and jogging on the local county roads. “There are two individuals out there who feel it is ok to run someone over and keep going. I need peace so I can move on with the rest of my life. I am ready to forgive these two individuals. Be a man. Do the right thing. I cannot keep reliving this,” he said.

It was not one of the individuals that ended up coming forward, but someone else who had learned of the incident.

According to the criminal complaint, the Polk County Sheriff’s Department received a call Sept. 28 from an individual identified as MJL, who said his estranged wife, identified as KKL, was intoxicated one evening and told him her friend, Endres, was the individual who had struck and killed the Native Americans.

MJL said his soon-to-be ex-wife, KKL, is a longtime friend of Endres. MJL said approximately six months ago, KKL and he had argued about the amount of time she had been spending with Endres. MJL said during the conversation, KKL told him Endres was having a hard time after seeing a recent story on KARE 11 about the hit-and-run accident and that was why she had been spending so much time with him, adding she was helping him through it.

KKL allegedly told MJL on the night of the incident, Endres was having a party at his parent’s cabin and they had run out of beer and were going to town when the incident happened. MJL said KKL told him Endres was drunk when it occurred. KKL said Endres fixed the truck damage and paid cash, but did not know where.

Investigators obtained a search warrant for a phone number associated with Endres and were able to find phone activity leading up to and shortly after the incident communicating with a cellphone tower near the intersection of County Road E/County Road G, in Luck, WI.

Investigators were also able to locate a 1997 Ford F150 truck, once owned by Endres, which had since been sold to other various parties.

Investigators first interviewed Endres at his place of employment in Hampton, MN. Oct. 14. Initially Endres said he did not know where Polk County, WI. was, but did confirm his parents have a cabin in that area. At that time he also confirmed his phone number and that he once owned a Ford F150 black truck, he said the vehicle had never been in an accident that he knew of.

Allegedly he then told investigators he knew what they were getting at. Endres said his friend was going through a divorce and said, “I hate to tell you, I think you’re going on a wild goose chase.” He said his friend was going through a nasty divorce and her soon-to-be ex-husband knew he had a black truck and his parents had a place “up there.” Investigators believed he was speaking of KKL and MJL.

Endres’ father was interviewed. He confirmed they have a cabin in Luck and he said his son rarely goes to the property. When asked if his son had told him that he had been interviewed by investigators earlier that day, he said his son said officers from Polk County had come to speak with him about a boat. The father said up until this time, he had never heard about the hit-and-run accident.

Also Oct. 14, investigators met with an individual identified in the complaint as WITNESS1, whose phone number was used by the phone belonging to Endres in the area on the date of the accident.

WITNESS1 said on the day of the accident he and his then-girlfriend went to the Endres cabin in Luck, with the intention of meeting friends and staying at the cabin overnight. He said also there was Endres, KKL and two other females. He said everyone was drinking and playing cards and were talking about a sign they had seen on the drive up and decided they were going to go leave and take the sign. He said when they left the cabin, Endres was driving his Ford F150 truck and he was the front seat passenger.

He said 5-10 minutes after leaving, they came across a car with headlights at the end of a driveway and two figures in the middle of the roadway fighting in their lane of travel.

He recalled Endres slamming on the brakes before the vehicle stopped. WITNESS1 said he exited the passenger side door, but remained near the door. He said Endres exited the truck and began to run back to where the victims were struck. He said Endres then ran back to the truck and told WITNESS1 to get back in. They then drove away. WITNESS1 admitted they knew they struck the individuals.

He said Endres parked the truck in the garage and attempted to clean it with bleach. They returned to Minnesota the following day.

WITNESS1 said Endres had called and warned him that law enforcement had questioned him and that they may be coming to talk to him as well. He said Endres called him from his local fire department, knowing law enforcement would most likely be monitoring his phone activity.

WITNESS1 concluded the interview saying he and Endres had not talked about the incident for several years as it brought about bad memories/feelings. Allegedly he said they left the scene because both were scared and didn’t know what to do. He said they had been drinking, but did not feel they were intoxicated. To his knowledge, KKL was the only person Endres told about the incident and WITNESS1 had never told anyone before that day.

According to Polk County Sheriff, Brent Waak, Endres was taken into custody Oct. 21, 2020.

In an Oct. 22 news conference, Waak thanked the victims’ families for believing in the process that had brought them to this day. He also thanked the media in attendance. “Your news coverage 10 months ago is a big part of why we are here today,” Waak said.

Tribal police chief Frank Taylor said, “Oct. 21 was a good day. I received a call from the Sheriff who wanted to share information with me that I had been waiting on for a very long time. The day got better as the families of Ben and Richard arrived to meet with the investigators and staff who had put so much effort into this case and to see the reaction of family members will stick with me the rest of my life.”

Taylor said it is his belief the strength and courage of the family who put their emotions on camera 10 months ago that had a huge influence on this case.

Polk County district attorney Jeff Kemp said his role in this has just begun. The next steps are extraditing Endres to Polk County from Minnesota for an initial appearance, where bond will be set, followed by a preliminary hearing to determine Probable Cause. If convicted, Endres could spend 50 years in prison.

Cobenais’ son Fowler spoke once again, like he did 10 months ago. He said, “Emotions are running high right now.”

He thanked law enforcement for everything they have done.

Fowler said it wasn’t only the victims’ families that have been impacted, but the families of the men responsible for the incident too. Fowler said, “I am going to ask that everyone be respectful of all families in this case. The last thing we need is hate, anger and negativity.”