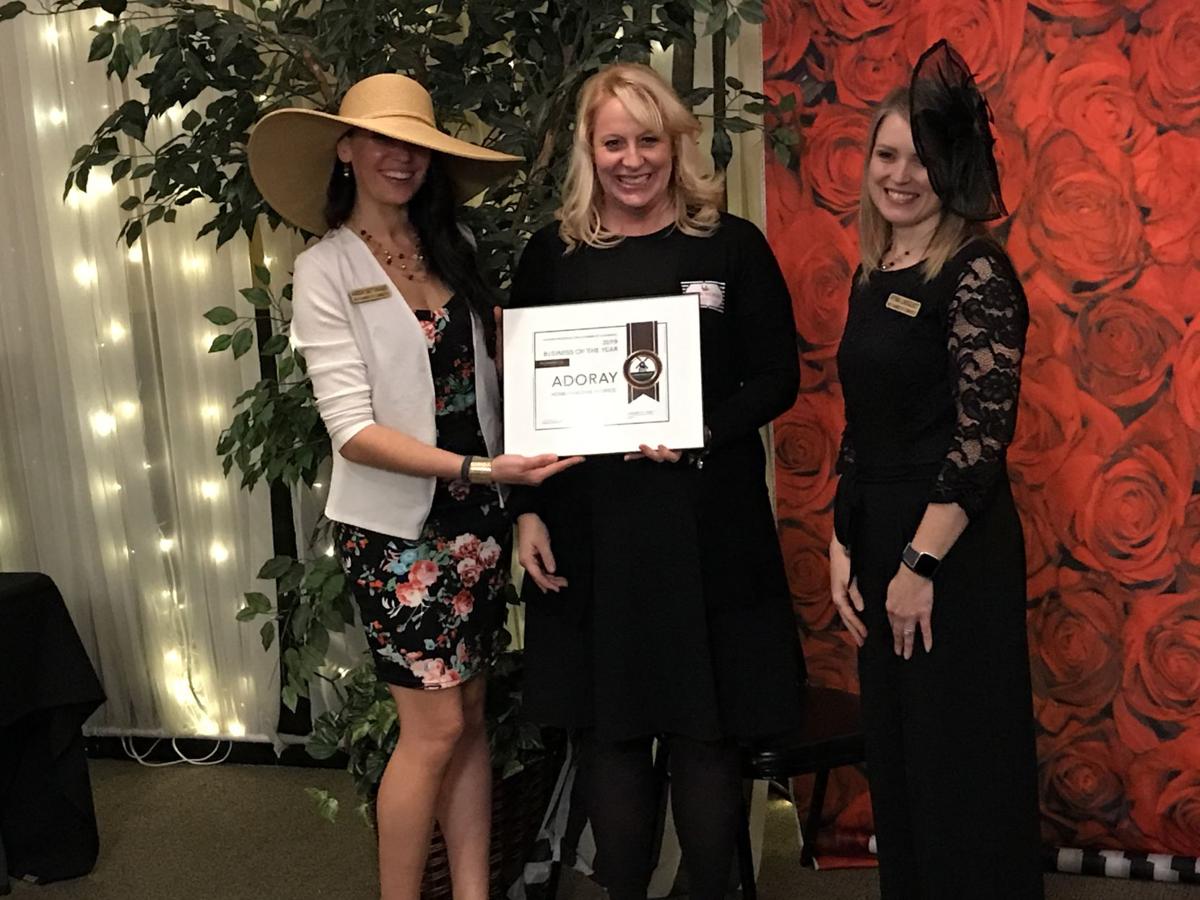 Adoray Home Health and Hospice was named the Large Business of the Year during the Baldwin-Woodville Chamber of Commerce awards banquet Monday night at the Phoenix. Accepting the award from Adoray (left to right) was Amber Bettinger and Amanda Gustafson. Presenting the award was Chamber President Ryma Lindquist. 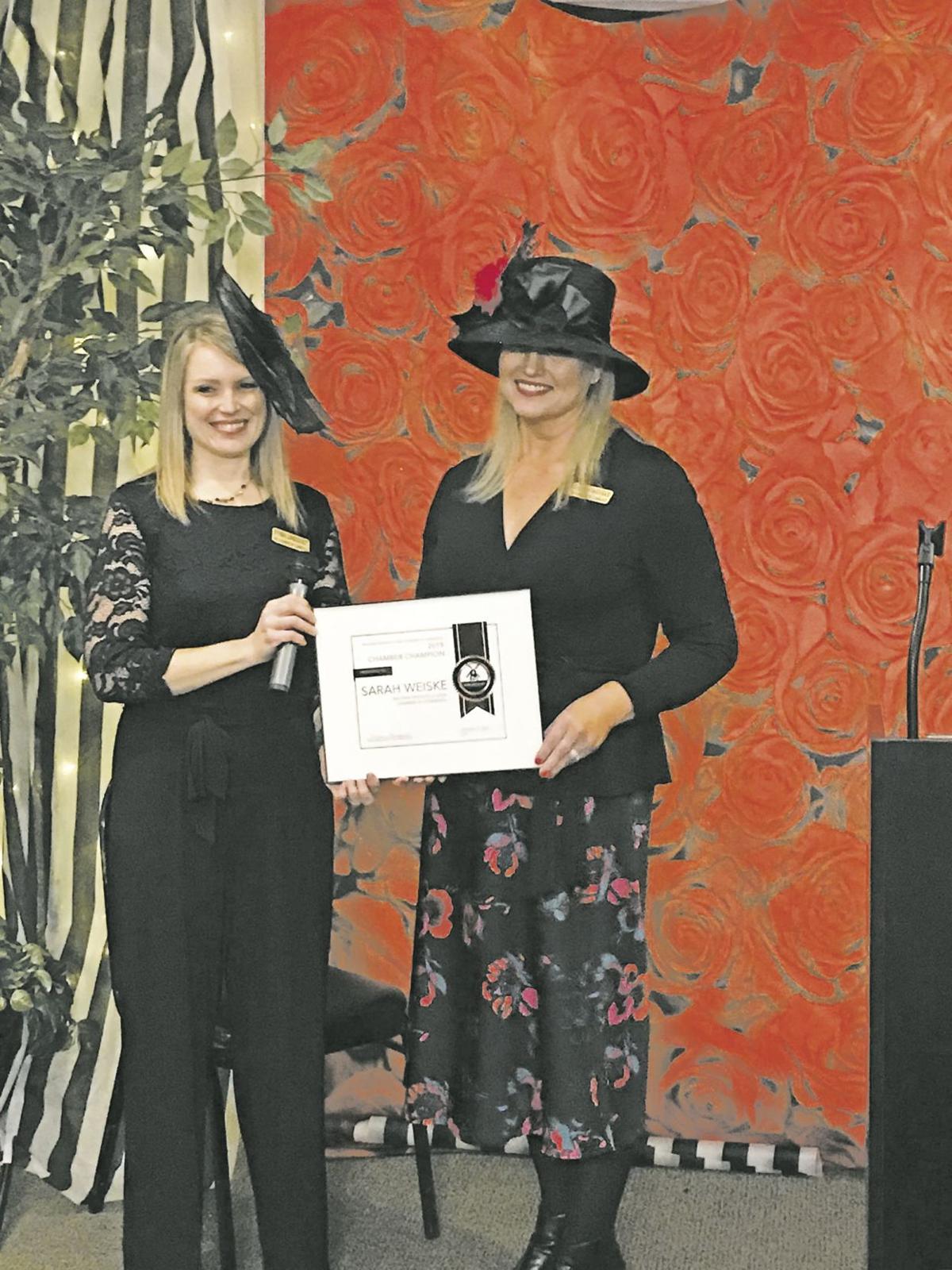 Sarah Weiske, Chamber Director, was named Chamber Champion for her work done in 2019 during the annual award banquet Monday night at The Phoenix. 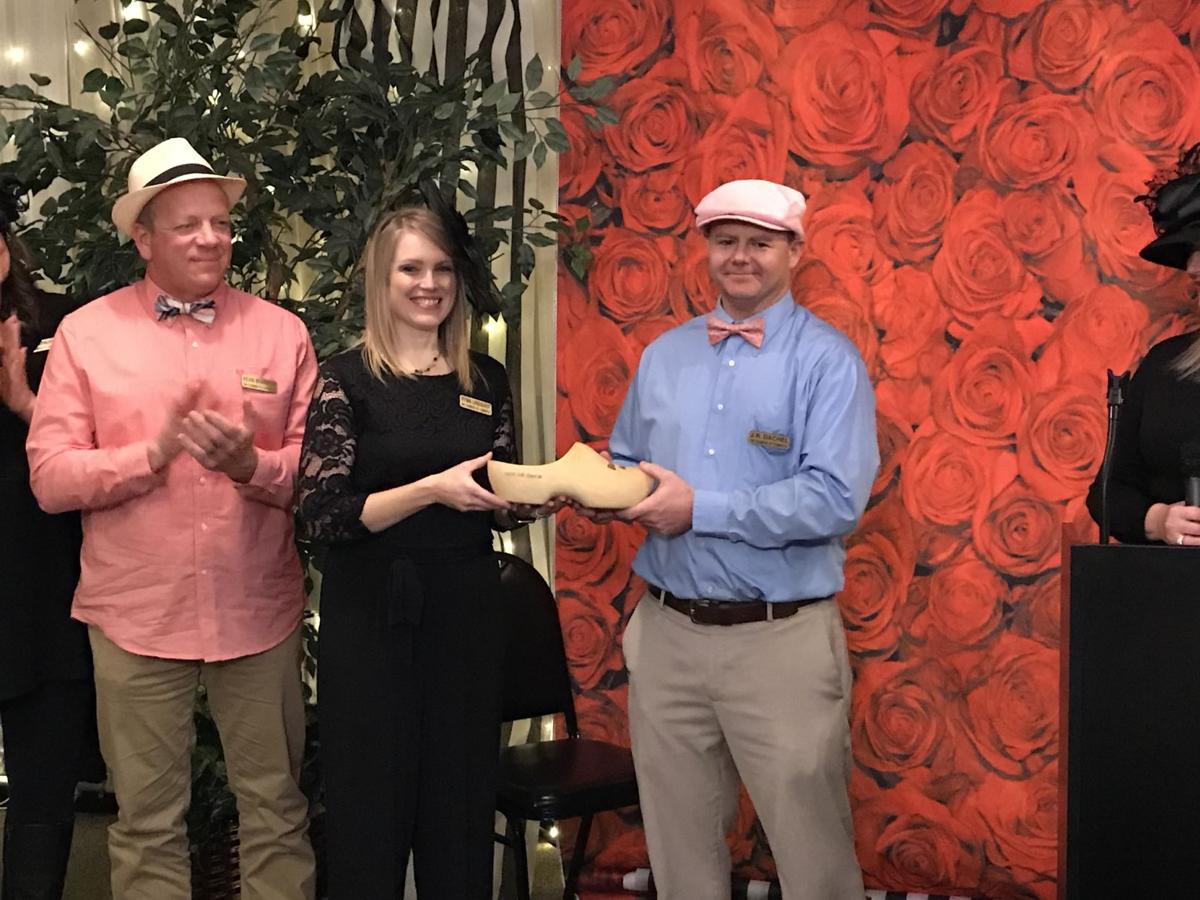 Ryma Lindquist handed over the Wooden Shoe to 2020 Baldwin-Woodville Chamber of Commerce President J.R. Dachel during its annual award banquet Monday at The Phoenix. 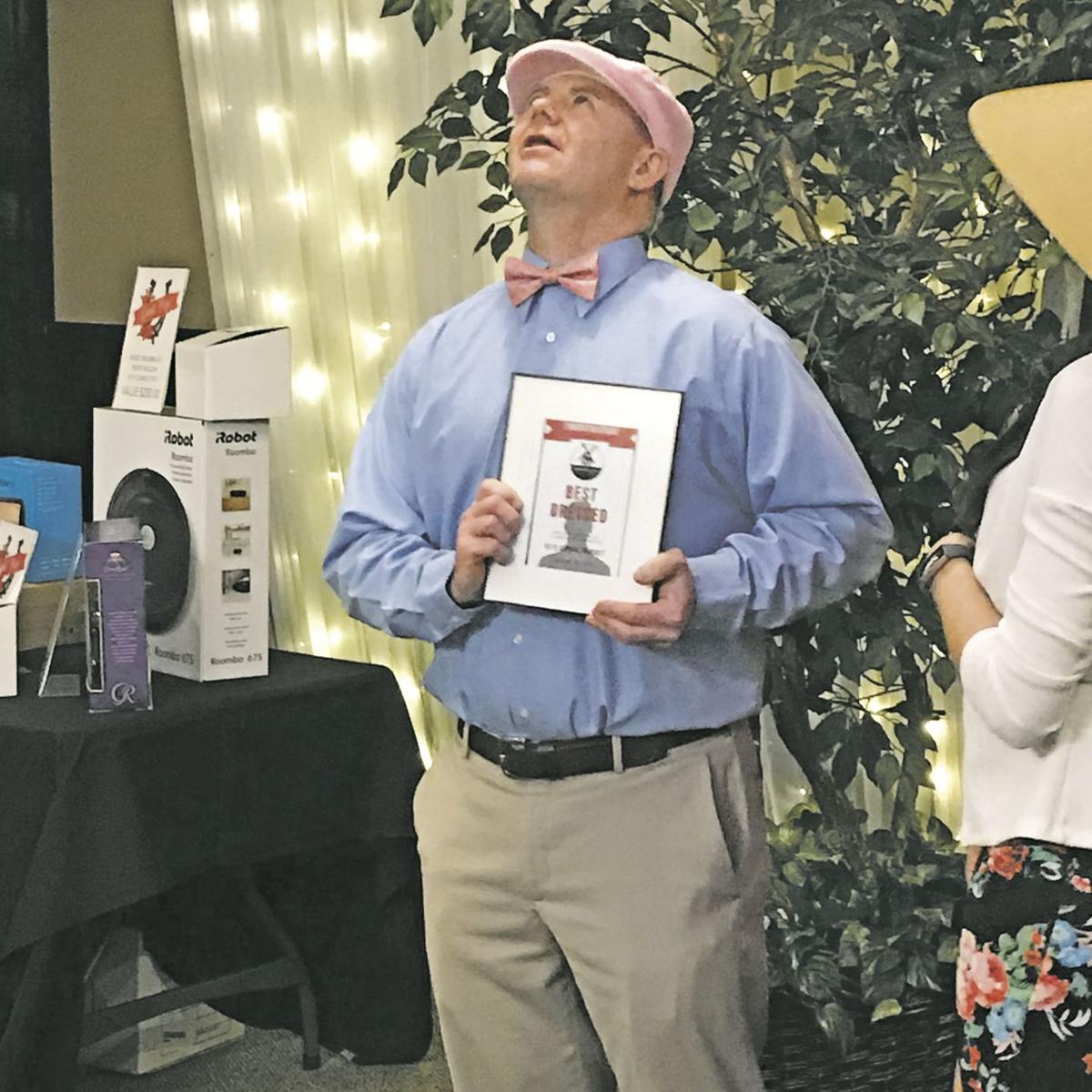 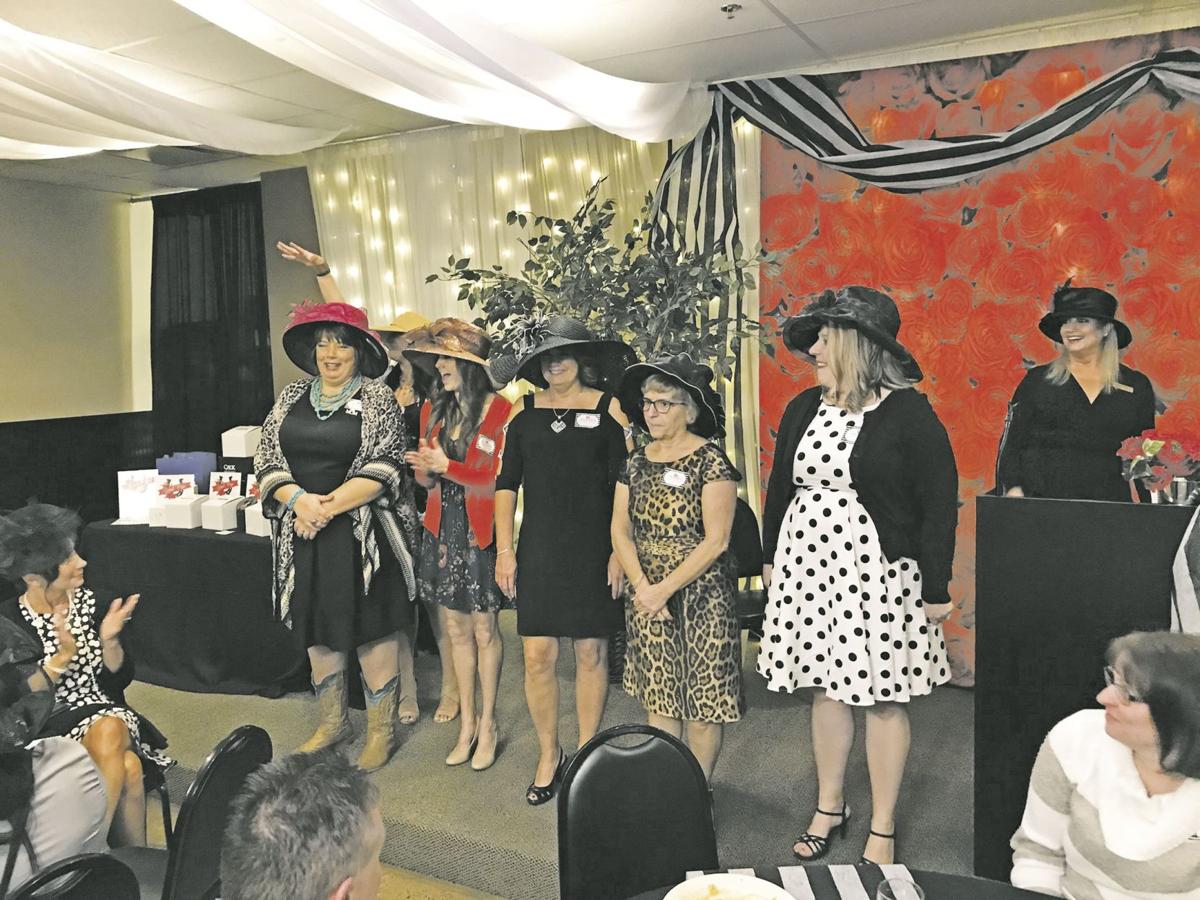 Chamber members were encouraged to be dressed in their best Kentucky Derby outfits and several women took advantage. Jodi Peterson (far left) was voted the winner from the crowd.

Members were able to partake in games of poker and blackjack before having dinner. 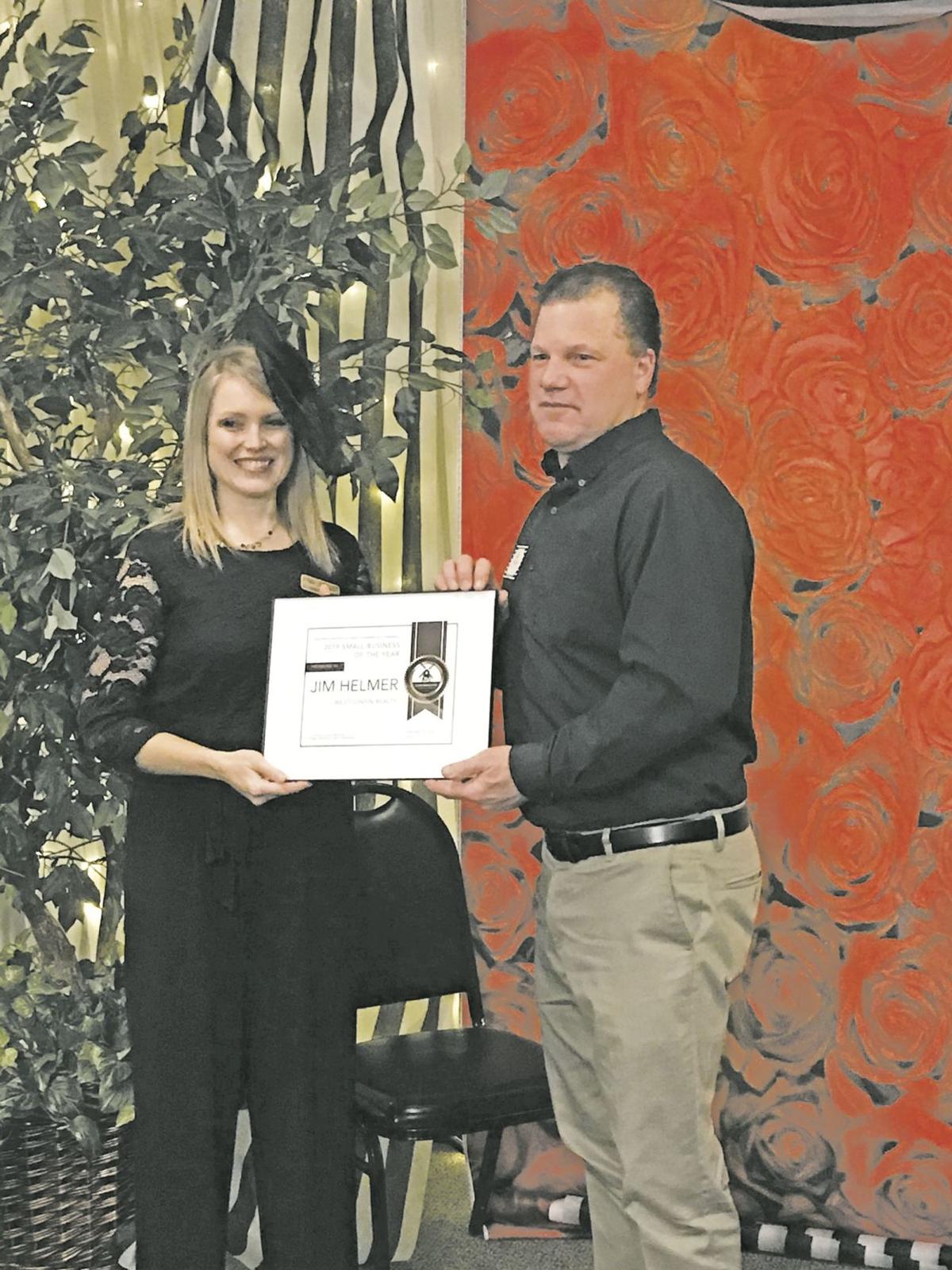 Jim Helmer from WESTconsin Realty accepted the Small Business of the Year from Baldwin-Woodville Chamber of Commerce President Ryma Lindquist during its annual award banquet Monday night at The Phoenix. 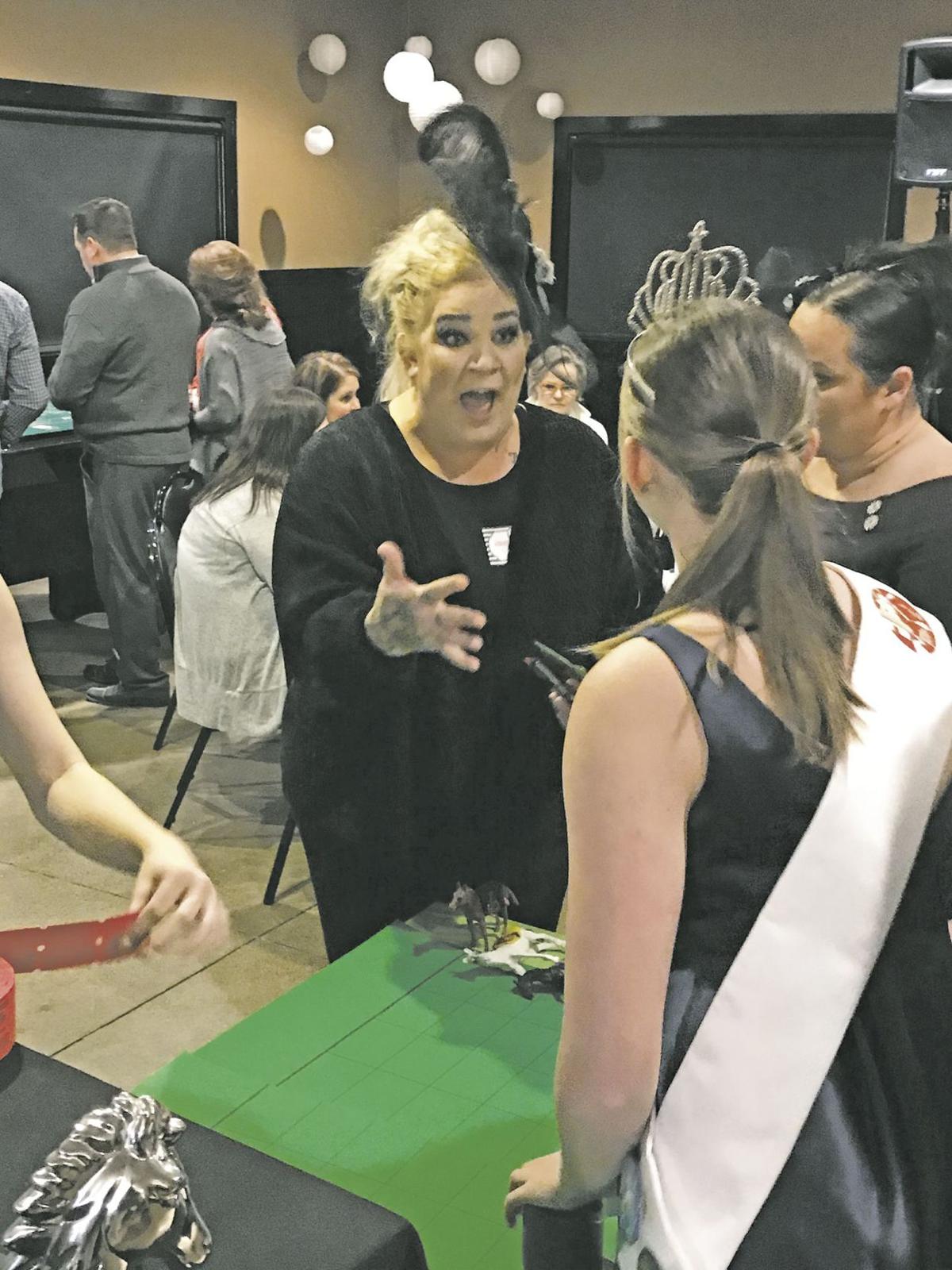 Kimmer Prosser from the Stash reacts enthusiastically while playing one of the games before the meal Monday night.

Adoray Home Health and Hospice and Jim Helmer from WESTconsin Realty took home Businesses of the Year from the 2019 Baldwin-Woodville Chamber of Commerce award banquet Monday night at The Phoenix.

Adoray was named Large Business of the Year and Helmer took home Small Business of the Year. The final award went to Chamber Director Sarah Weiske, who was awarded Chamber Champion for her work and efforts over the last 12 months. The awards were voted on by Chamber members.

Members were encouraged to dressed in their best Kentucky Derby outfits as it was the theme for the banquet this year. As voted on by the crowd, J.R. Dachel and Jodi Peterson were named Best Male and Female dressed.

Weiske gave an overview over the last 12 months and talked about the growth of particular events, especially the Chili Fest and the Trick or Treat Festival on Main Street. As for the future, she touted the Chamber’s new website, which debuted last week and the creation of the Ambassador committee, which will be headed by Mike O’Connell.

The 2020 Chamber Board of Directors was also announced. Dachel will be President, Ryma Lindquist from First Bank of Baldwin was the 2019 President, Rosa Magnus from Western Wisconsin Health is secretary and Jason Klopp from WESTconsin Credit Union is treasurer. Other members include Amber Bettinger from Adoray, Al Borgeson from CW Garage Door, Kevin Branstad from Nilssen’s, Dara Fermanich from Baldwin Perk, Nick Hillstrom from Flagship Ford, O’Connell, Christine Rasmussen from Valley Crossing Law and Patty Wilhelm from Citizens State Bank.

O’Connell and Fermanich are new to the Board. Justin Nygaard from American Family Insurance departed the Board as his term expired and he was thanked for his service.

How to control your pH level – and your feminine health