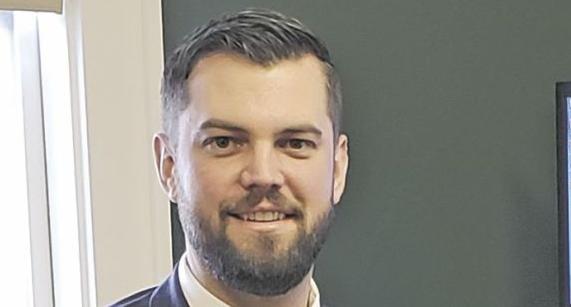 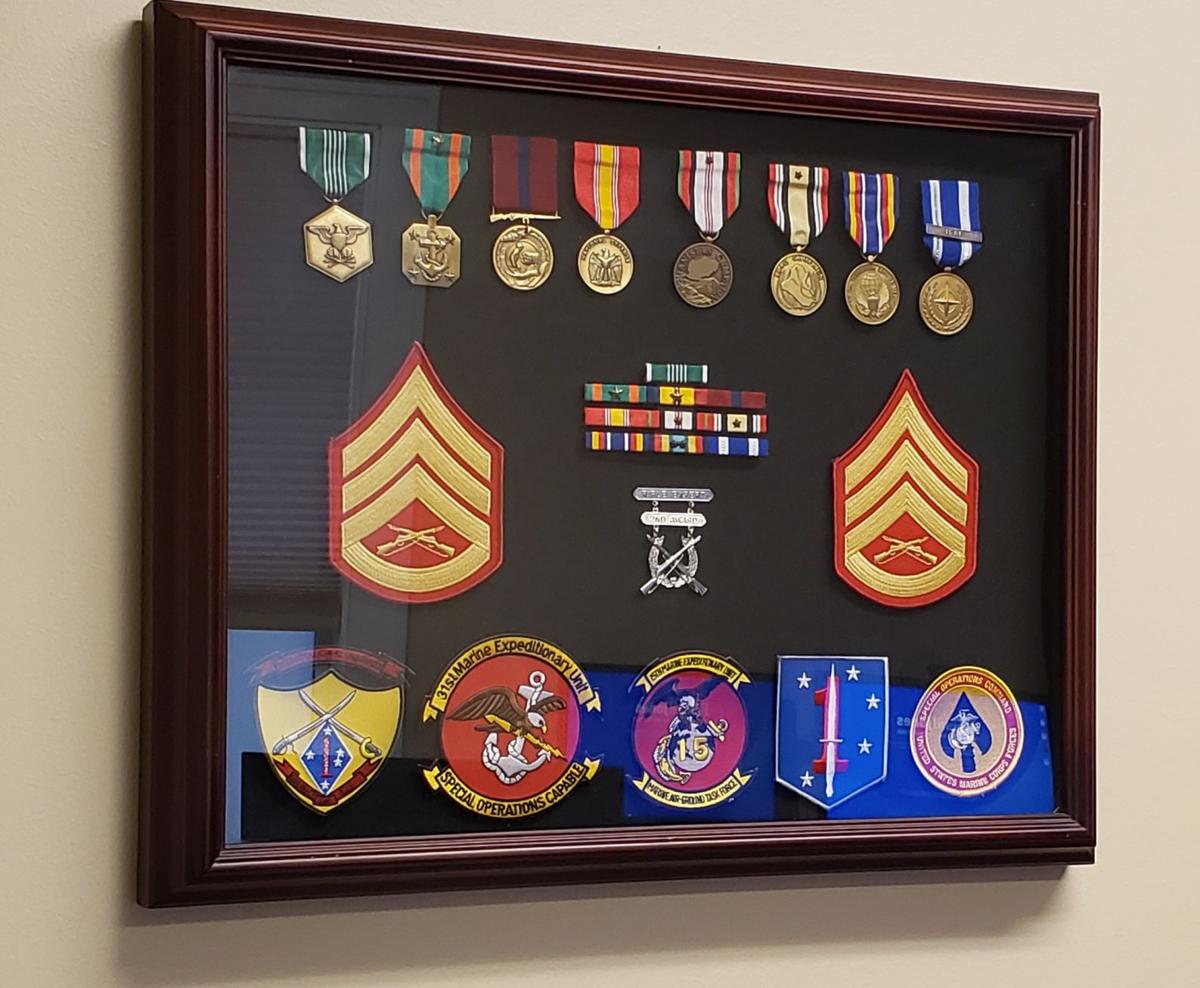 Some of the combat medals Shores earned during his military career.

One has to believe every little boy wants to grow up and be a firefighter at some point in their little life, but for Joshua Shores, this was a reality. “Ever since I was a little kid, I wanted to be a firefighter,” he states. So, in 2009 he joined the Baldwin Fire Department. In 2011, he went on to fight fires for St. Paul. “That was so challenging,” he states, “Being as tall as I am, I was more prone to injuries.” If you know Joshua, he does stand well over 6’7” which can be detrimental when fighting fires in small places. The last time he was injured he felt it was time to make a career change.

His mother, Paula, has been a Branch Office Administrator for Edward Jones for over 20 years and suggested he try his skills and his business degrees to work as a financial advisor for the company. When he learned more about the company and its excellent rankings, as well as Edward Jones being #14 on the top 125 list of Best on the job Training, he knew it would be a perfect fit for him and his family. Eight months ago, he made the leap of faith and he couldn’t be happier working for the Baldwin office.

Working as a firefighter hasn’t been Shores’ only time he’s served. Shores also served in the Marine Corps and earned numerous medals.

Serving in combat twice, in Iraq in 2005, then again in Afghanistan in 2007-2008. The second was voluntary. “I chose to go because when you’re on the front lines for both wars, it’s important to have experience. It does matter when you’re in combat. I wanted to help those soldiers that didn’t have that experience,” he says. He also served his country in the Philippines in 2006.

Shores believes being at Edward Jones is still serving people. “I’m still able to help people, just in a different way I had in the past,” he states. “I love the choice I made, and I’ve enjoyed being with the people of this community, sitting down with them and working together. It’s different from going into a house fire or going into battle, and I’m still serving. Here, every day is never the same and I’m happy I’m here,” he continues.

His high school sweetheart, now his wife, Signe and his son Sullivan are happier too, he states. “At least I’m not in another country or in combat,” he stated.

Save money and streamline your makeup routine with the help of these beauty hacks!

Fun in the sun: 5 things you should know to ride a watercraft