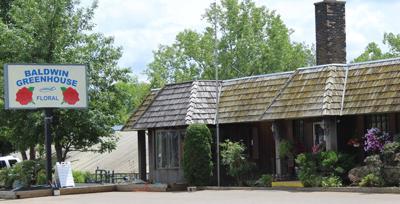 A man was arrested on June 30 for allegedly breaking into the Baldwin Greenhouse and intentionally setting a fire inside. Kevin James McNamara 35, of Baldwin faces two felony charges for arson and criminal damage to property exceeding $2500 dollars in damages as well as five separate counts of bail jumping.

According to the criminal complaint, Baldwin Police Officer Zach Paul responded to a welfare check at 860 Oak Street after an argument took place between McNamara and his wife Miranda McNamara. Miranda informed Paul that Kevin left their residence at roughly 4:00 p.m. the day before and was unable to contact him.

After informing Miranda that he would attempt to locate Kevin, Paul went to Millpond Park to see if he could find him there. After searching the park, Paul called the Cobblestone Inn and Baymont Inn to see if McNamara had checked in which both informed that he did not. At that time, Paul received a call from dispatch stating that a man was attempting to start the Baldwin Greenhouse on fire.

Paul responded to the call and found a male riding a bike down 6th Avenue that fit the description of McNamara who was covered in mud and had only one shoe on. McNamara told Paul who he was and stood by the squad car while backup arrived.

While waiting for Baldwin Police Officer Joe Garden, McNamara, “stated that he knew he was in trouble and that he was going to jail.” Paul indicated in the complaint that McNamara had open bail jumping charges and that on part of conditions related to those charges was not allowed to drink. McNamara admitted to Paul that he had been drinking and when asked if he broke into the Baldwin Greenhouse said he, “wasn’t going to say the words but yes that is what happened”.

Paul then asked McNamara why he tried to set the Baldwin Greenhouse on fire, to which he replied that, “he didn’t try to start it on fire, he just started the fire to keep warm because he was wet from the rain and wanted to warm up and dry off.” The officers then placed McNamara in handcuffs and conducted a search finding a knife and two cans of beer in his backpack and proceeded to transport him to the St. Croix County Jail.

Paul then spoke with Baldwin Greenhouse owners James and Rochel Karlson who showed multiple cuts made in the plastic greenhouse walls, each estimated to cost roughly $1500 dollars. The front door had shown signs of forced entry and the area where McNamara started the fire had four more beer cans next to it. James Karlson estimated the damages to be a minimum of $3000 dollars.

While transporting him to the St. Croix County Jail, McNamara said to Garden that “he didn’t understand why he was getting in trouble because he didn’t think he had done anything wrong,” and asked, “isn’t that what anyone would do?” McNamara’s bail has been set at $5000 dollars and his preliminary hearing is scheduled for July 8 at 3:30 p.m. The case has not yet been concluded and the defendant is presumed innocent of all charges until a judgement of conviction has been reached.

Security 101: How to Buy a Professionally Monitored System